Chance for residents in Oman to seek their dream homes 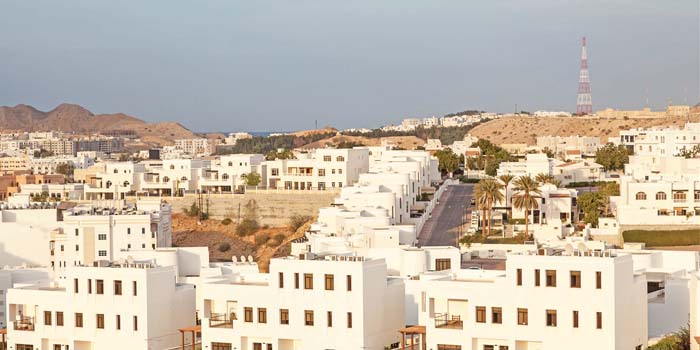 Muscat: Residents in Muscat may have the best chance to shift to their dream home as rents begin to bottom out, according to Cluttons’ Property Market Outlook for Spring 2017.
Read here: 'Rents to drop by at least 7 per cent in 2017 in Muscat'
The report states that although the housing market is slowly catching up, rents in the capital slumped by 10 per cent last year, and are expected to continue their free fall in 2017 by up to 7 per cent in some areas.
“We believe rents may have bottomed out in some areas of the city. They may decline more, but we predict that they will stay relatively stable,with a negligible decline in those areas,” said Faisal Durrani, Head of Research at Cluttons. “It is still a tenants’ market and it is natural to expect them to move in to more lavish, high-grade accommodations, from lower-grade accommodations that have been heavily oversupplied in the market. I think more people will be looking for better locations and facilities to rent,” he said .
While rents in older districts, such as Ruwi, have dropped drastically, they have remained stable in complexes such as Al Mouj, which offer high-class amenities. As Durrani pointed out, “It completely depends on what the buyers want. A place like Al Mouj is always sought after, as it is the preferred location for foreigners visiting Oman, and the supply is very limited.”
The report further elaborates that of the 12 submarkets monitored, eight witnessed a drop in Q1 of 2017, with Al Hail and Mawaleh recording the steepest decline and no submarket posting an increase rise in average rental rates. Al Mouj recorded the highest average rent in the city in Q1 of 2017; it charges OMR1,500 a month for villas and OMR700 a month for apartments. Most of the upcoming housing projects in Muscat are being constructed to offer high-quality amenities and recreational facilities for tenants. “Tenants are increasingly looking at better housing facilities, to move from older areas to newer ones,”noted MaazFirdous, construction consultant at Al Iskaan Engineering.
“We have seen many new projects coming up and all of them are tenant oriented. I think as we go forward, we will see more such residential complexes,” he added
Office rents crash
Waning demand and astronomical oversupply have also resulted in a sharp downfall in office rents. Consequently, business centres such as CBD are available at only OMR3.25 per sq. m., down by 19 per cent in 2016; it is expected to further decline in 2017. Office rents in Al Ghubrah and Azaiba have dropped by nearly 18 per cent.
“It is historically the most attractive price you can get in CBD for an office space. We expect prices to decline by 10- 15 per cent in 2017. We have often seen a business district converted into an only residential place due to businesses shifting out of there. CBD can be an example of this, and therefore office space prices have dropped and will continue to drop even this year,” Durrani stated.