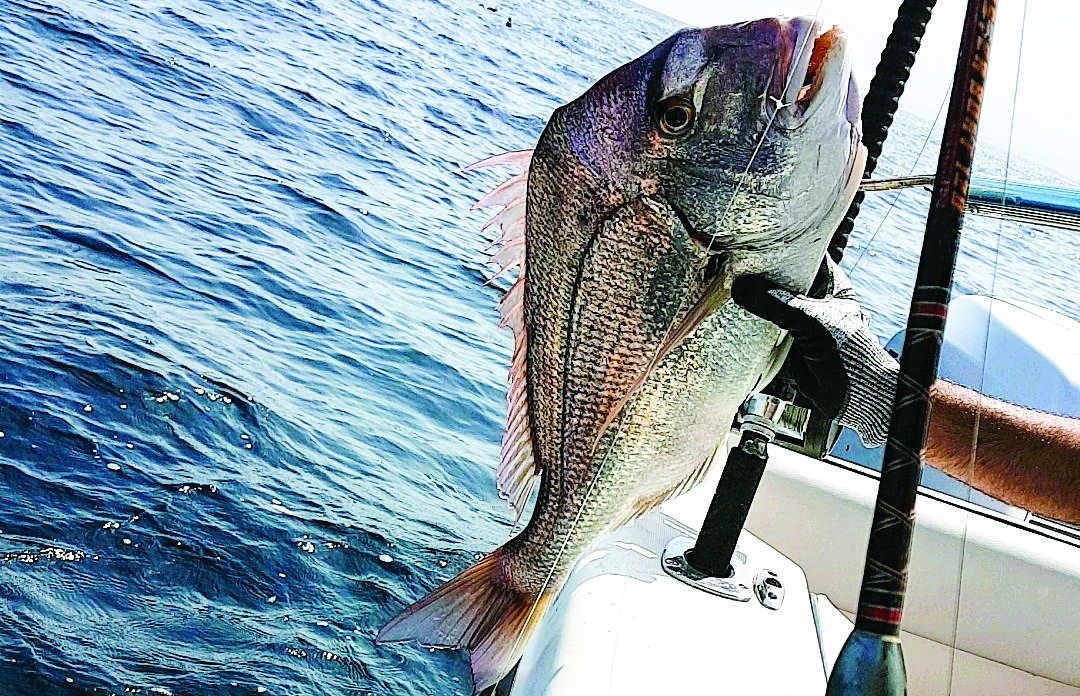 Muscat: Authorities have announced a crackdown on fishing licences for both commercial and recreational fishermen, including those who just want to fish for a day.
The decision by the Ministry of Agriculture and Fisheries regulates recreational fishing for non-commercial purposes, such as sports and hobby fishing, in the country.
Salman Al Subhi, Director of Fisheries Control and Licensing Department, confirmed that the decision is a resolution to an older law, which now includes recreational and sport fishing.
“To be completely honest, we had people coming in and pretending to recreationally fish, but in fact they were commercially fishing. We have individuals monitoring at sea who will randomly check boats who are fishing and ask to present a fishing licence. Not every boat will be checked, it is random,” the Director said.
There are two licences that can be obtained from the Ministry of Agriculture and Fisheries, but only during their operating hours of 7am to 2pm. The ministry offers a one day licence for OMR1, and a one year licence from OMR30 to 150, depending on the applicant.
“We are planning on opening offices at marinas and other particular areas to give applicants better access to the permits outside of the ministry building. But since the amendment just came out, we are still working on it for the near future. For now, people have to think ahead of time before being able to fish,” Al Shubhi said.
According to the resolution, individuals who using a fishing rod to fish from land do not need a licence, but if you are caught without one on the water, the penalty fines range from no less than OMR20 and no more than OMR300.
Another spokesperson from the ministry stated that this is a good move for Oman tourism. The amendment puts a limit on the number of fish that can be caught.
“First of all, this will actually benefit the tourism scene. Most of the countries have similar regulations like this and you can’t just leave these natural resources open to everyone. We would basically be saying, come and take and do as you like. It’ll be safer and managed better for even tourists to enjoy,” the spokesperson said.
Fawaz Al Zadjali picked up fishing as a hobby just over a year ago. Depending on the currents, he tries to make it every weekend, if not during weekdays after work. Without wasting time, Zadjali drove straight to the ministry to register as a recreational fisherman as soon as he found out.
“I’ve been fishing for a long time now, so I’m really shocked. Why is this happening? It’s really going to be a problem because I like to take friends fishing, and now we have to make sure everyone has a licence. Usually we plan on a Thursday afternoon for a weekend trip, but by then the ministry will be closed,” Zadjali said.
The application process took only 15 minutes for Zadjali, but he was able to take time off work for it. He paid OMR30 for a year’s licence but because he uses a private pleasure boat, not a tourism vehicle, every person on his boat must have a licence if they want to fish.
“Some people can’t take time off work. Some people can’t afford 30 rials a year. So what will now happen is that boats will now start reporting on other boats. We go fishing to relax, and now we will constantly be checked on because someone was envious,” Zadjali added.