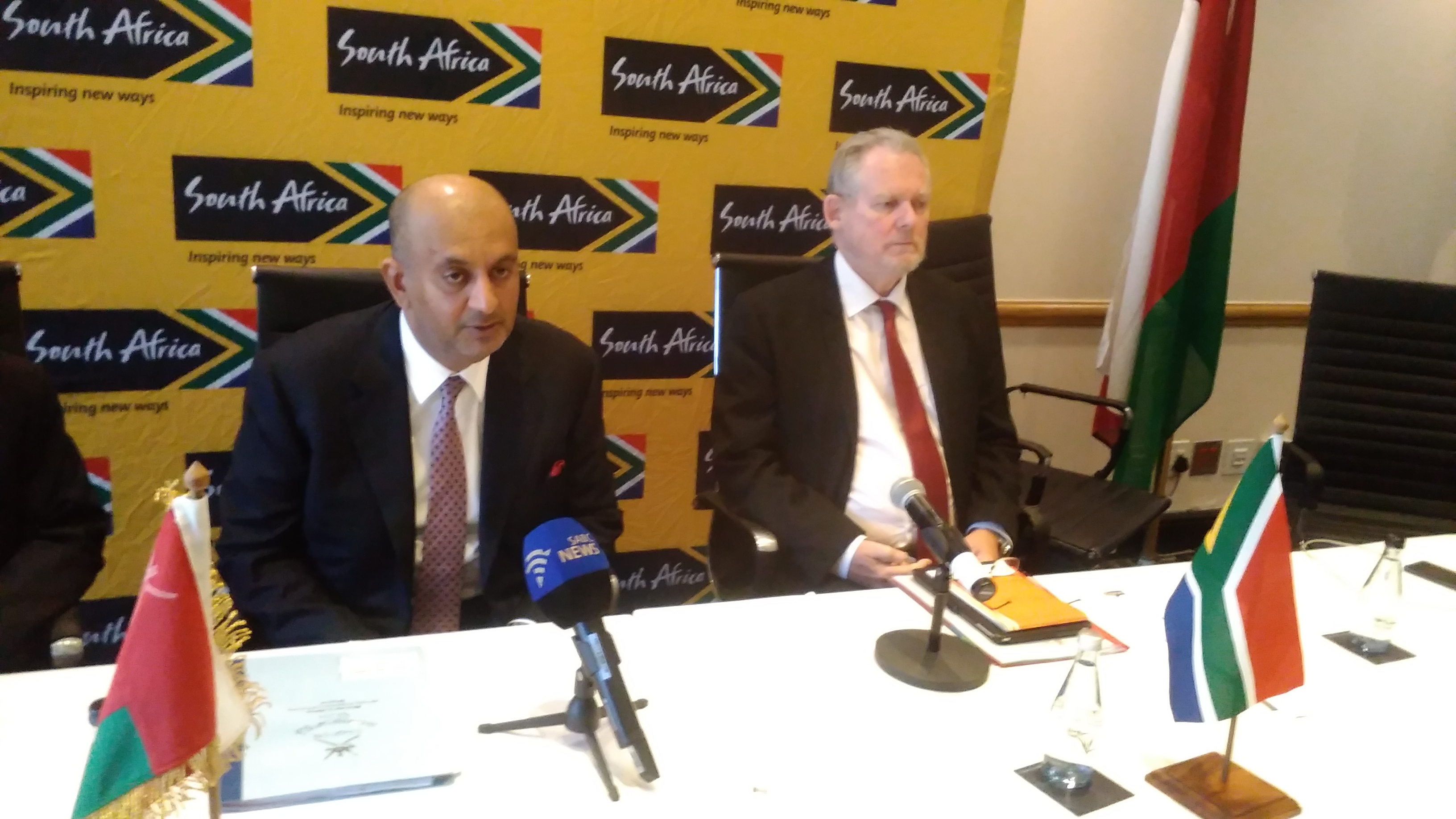 Johannesburg: The South Africa-Oman Business Forum opened on Monday in Sandton, Johannesburg, where both countries said they were looking at ways of expanding trade.
Oman Commerce and Industry minister Dr. Ali bin Masoud Al Sunaidi, who was well received in South Africa, told a media briefing that his country was moving away from a reliance on oil exports.
Al Sunaidi, said Oman was looking forward to knowledge sharing and joint investments.
“We are a net importer of food, part of our discussion here were as a result of Oman creating a state holding company for red and white meat," said the Omani minister, who was accompanied by a business delegation.
Oman's business delegation will also hold talks with their South African counterparts during the two-day business forum.
Oman was historically dependent on oil, while South Africa’s economy relied on minerals.
"Because we have water scarcity, this interactions allows us to think of cooperation on food production. Seasons in Asia are totally different from the ones here ... we hope we could complement each other in that sphere,” said Al Sunaidi.
Trade between the two countries remained fairly consistent over the last five years and stood at R 5.9 billion in 2016, with Oman enjoying a trade surplus of R 4.7 billion.
South African Minister of Trade and Industry Dr. Rob Davies, who is hosting Al Sunaidi, said apart from the South Africa-Oman Business Forum there would also be a bilateral meeting.
"Both of us have been trying to diversify our economies and move up the value chain to create a solid base for sustainable economic growth in the future," said Davies.
South Africa’s import value from Oman was at R5 billion last year, compared to about R6 billion in 2015, said Davies.
“Our exports have great potential though, which include vegetable products, vehicle parts and machinery.”
Oman companies from sectors such as food processing, mining and logistics were also part of Al Sunaidi’s delegation.
Other areas of possible cooperation include renewable energy, technology development, construction and water treatment and desalination.