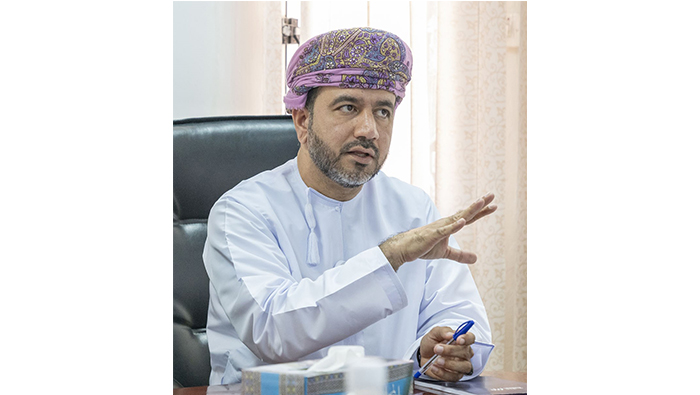 Muscat: In line with the ongoing efforts to implement a unified system for the One-Stop-Shop in the special economic zones and free zones, Eng. Ahmed bin Hassan Al Dheeb, Deputy Chairman of the Public Authority for Special Economic Zones and Free Zones visited Al Mazunah Free Zone, which is managed and operated by the Public Establishment for Industrial Estates – Madayn.
The Royal Decree no. 105/2020 to establish the authority stipulates that the authority’s competencies include implementing the One-Stop-Shop system in the special economic zones and free zones taking into consideration the experience of the One-Stop-Shop in the Special Economic Zone at Duqm.
During the visit, Said bin Abdullah Al Balushi, Director General of Al Mazunah Free Zone, pointed out that the free zone is currently implementing key projects as a development project of phase one and two of the free zone is being implemented, and a third phase has been added to the project. “The completion rate of the project has touched 90 per cent and is being built on a developed area of about 1.5 million square metres that includes all basic services,” Al Balushi said, adding, “The implementation of the facility building project in the free zone has commenced on an area of 11,337 square metres through Shumookh Investment and Services, the investment arm of Madayn. Moreover, work is currently underway to assign the security fence project with an area of 8.5 km, in addition to the design project of phase 4 to develop an area of 3 million square metres in the free zone.”
Al Balushi emphasised that these projects aim to keep pace with the remarkable growth of the projects in the free zone and offer an ideal investment environment that enhances competitiveness in attracting local and foreign investments.
It should be noted that the Public Authority for Special Economic Zones and Free Zones was established as per the provision of the Royal Decree no. 105/2020 to oversee the Special Economic Zone at Duqm, free zones in Sohar, Salalah and Al Mazunah and any other special economic zone or free zone in the Sultanate.