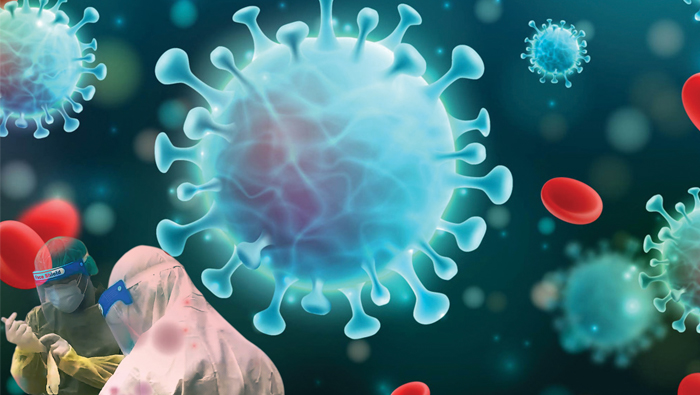 Muscat: Despite the deaths from COVID-19, Oman’s death rate in 2020 remains the same compared to previous years.
According to figures released by the National Centre for Statistics and Information (NCSI), 4,480 people died in the first six months of 2020, which is roughly the same as the half the number of deaths that have been reported in the last few years.
In 2019, 8,581 deaths were reported while in 2018 the numbers stood at 8,979. 2017 saw 8,861 deaths, and 2016, another 8,828.
Speaking to the Times of Oman, an official at the Ministry of Health said a group of experts and doctors would help analyse the causes of death among all those who had died from COVID-19 in the country during the past months.
“The Ministry of Health has recently investigated the reasons behind the death of patients suffering from COVID-19, to look at whether COVID-19 is the primary cause of death, or whether there were other comorbidities like diabetes or hypertension, or maybe other pathological factors that caused complications leading to death. The aim of this is to compare the incidence of deaths we’ve seen in 2020, and those of the previous years and to find the exact cause of death among COVID patients.”
“Some COVID-19 related deaths are not down to the disease alone,” he went on to say. “Some patients were suffering from terminal illnesses like cancer and they happened to become infected with COVID-19, so we shouldn’t label their deaths as COVID-19 related deaths. Statistics made available on the ministry’s Tarassud COVID-monitoring app, show that 364 deaths that occurred due to the disease took place in people above 60 years of age, and they may have had other complications or chronic illnesses.”
In 2020, among the 4,480 deceased, 3,678 were Omani, and only 802 were expats. Among the Omanis who’ve passed away in 2020, 2,092 were male, and 1,586 were female. This is in comparison to 684 male and 118 female expatriates who’ve died so far this year. While the death rate over the span of a year might be unchanged, the half-yearly death rate for 2020 is significantly higher than it has been over the past.
Compared to the end of June 2019, when 3,749 deaths had been reported, the number of deaths during the same period in 2020 rose by 19.4 per cent. Similarly, the number of deaths in the first six months in 2020 rose by 19.2 per cent, compared to the same time frame in 2018.
An Omani national, who had been previously diagnosed with COVID-19 and had since been cured said the death of one of his family members had also been mistakenly attributed to the disease.
“I felt I had some of the symptoms of the disease, so I went to the doctor and followed all of the quarantine procedures,” he said, speaking on condition of anonymity. “A few weeks after I had been cured, and tested negative, one of my family members unfortunately passed away. He had some health problems, but the doctors attributed it to COVID-19.”
Many countries around the world, including China, Italy, Spain, Kyrgyzstan and the United States, have begun recalculating the number of deaths related to the coronavirus, as analysis conducted by their scientists begins to show that many of those who died during the pandemic had actually breathed their last because of other health complications, and not COVID-19. However, studies conducted by some countries has also led them to realise they’ve missed reporting some COVID-related deaths that have previously occurred.
The European Centre for Disease Control, which provides data on COVID spread in Europe and around the world, made sure to include this in its latest worldwide situation update, which was released on 26 August.
“On 17 August 2020, in Malta, the total number of cases resulted in a lower case count compared to the previous day,” said the ECDC, which is part of the European Union. “This may be due to a revision in historical data. On 12 August 2020, Spain retro corrected the cumulative number of deaths leading to a negative increase of deaths.
“On 17 July 2020, Kyrgyzstan changed their registration statistics on COVID-19 by introducing two codes (laboratory confirmed cases and clinical-epidemiological cases),” added the body. “This led to a significant increase in case and death numbers on 18 July 2020. On 24 August, a drop in the number of deaths was reported in Kyrgyzstan due to reclassification of fatal cases.”
A European national said in this context, “When my dad passed away over a month ago, his death certificate said he’d died because of COVID-19, when in fact he was suffering from Alzheimer’s, and that was the cause of his death. He lived at home with us, so when we were told he died from the coronavirus, we were surprised. It clearly shows that some of those who have died during this time have not passed away because of COVID 19 even if their medical records state otherwise.”