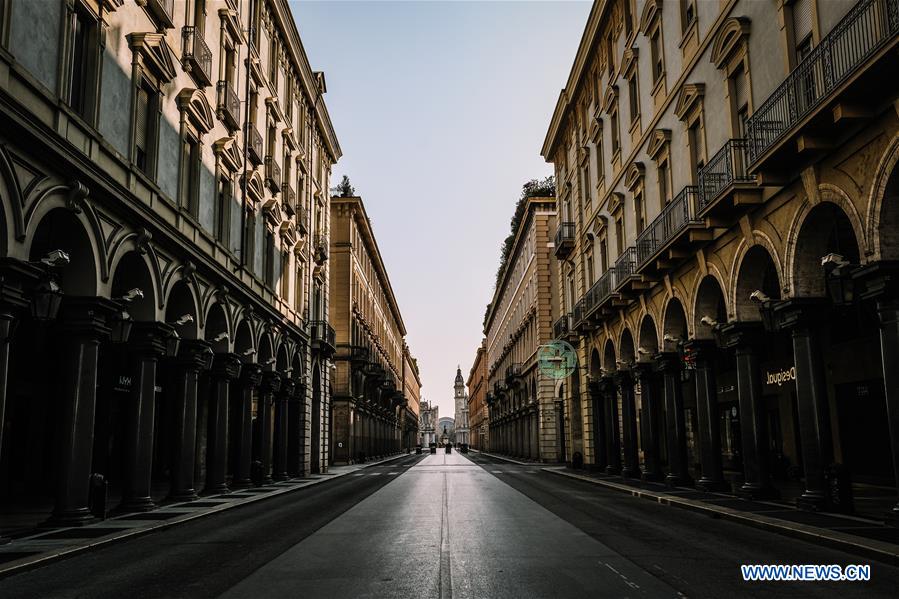 ROME: The COVID-19 hospitalisations decreased in Italy on Saturday, the Civil Protection Department said, continuing a positive trend for the hard-hit Mediterranean nation as it geared up for the end of domestic travel restrictions next week.

Total active infections stood at 43,691, down from 46,175 on Friday, according to the Civil Protection Department.

Of these infections, 450 are in intensive care unit (ICU), 25 fewer compared to Friday, and 6,680 are hospitalized with symptoms, down by 414 from the day before. The remaining 36,561, or about 84, are isolated at home with no symptoms or only mild symptoms

The densely populated, highly industrialized Lombardy region whose capital is Milan, where the pandemic first broke out on Feb. 21, still had the lion's share of cases, with 21,809 active infections, up by 221 compared to Friday.

Lombardy authorities said Saturday that since the pandemic began, swabs have been carried out on 741,447 people and that the region has so far seen a total of 88,758 infections, 50,878 recoveries, and 16,079 fatalities.

Nationwide, recoveries jumped by 2,789 compared to Friday, bringing the total to 155,633, while another 111 people died, bringing the death toll since the pandemic began to 33,340.

The overall number of COVID-19 cases combining infections, fatalities, and recoveries has risen to 232,664.

Gear up for inter-regional travels

On Friday, the Health Ministry said in a statement that based on its nationwide COVID-19 monitoring activities during the week of May 18-24, "at the moment in Italy there are no reported critical situations."

Health Minister Roberto Speranza followed this up with a tweet, writing that "the monitoring data are encouraging. The significant sacrifices of the lockdown have produced these results."

"We must continue on the path we have taken, gradually and cautiously," the minister added.

Speranza made this comment as Italians got ready to take holiday trips, visit distant friends and family, or relocate to their summer homes, beginning on June 3.

Under terms of a national lockdown that went into effect on March 10 and subsequent decrees by Prime Minister Giuseppe Conte that progressively relaxed the restrictions, Italians are forbidden from traveling across the borders of the country's 20 regions until June 2.

"Beginning on June 3, it will be possible to travel between different regions," the government said on its website on May 27.

"However, the central government can impose limitations on interregional travel... to specific areas of the national territory, based on the proportion of epidemiological risk that is effectively present in those areas," the government added.

As well, people with fevers and those who are isolated at home because they have tested positive to the new coronavirus are forbidden from traveling.

In a statement on Saturday, the National Confederation of Farmers (Coldiretti) said that 7 million Italians are planning a vacation trip next month, breathing some much-needed oxygen into the country's stalled tourist industry.

"The freedom to cross-regional borders beginning on June 3 will have a significant economic and employment impact on tourism," Coldiretti wrote.

Italy's tourist season normally begins in March, but this year the sector lost 81 million visitors between March and May due to the lockdown.

Tourist spending ground to a halt, causing estimated losses of almost 20 billion euros (22.21 billion U.S. dollars) for hotels, restaurants, transportation firms, and retailers over the past three months, according to Coldiretti estimates.

The hardest-hit sector has been food and wine, which is the "main spending item for foreign and Italian tourists alike," Coldiretti said.

Italy is the world leader in terms of gastronomic tourism thanks to its many prized, unique wines and gourmet delicacies, but also because it has "the greenest agriculture in Europe" with over 60,000 organic farms, Coldiretti said.