IMF 'very concerned' about negative outlook for global growth in 2020 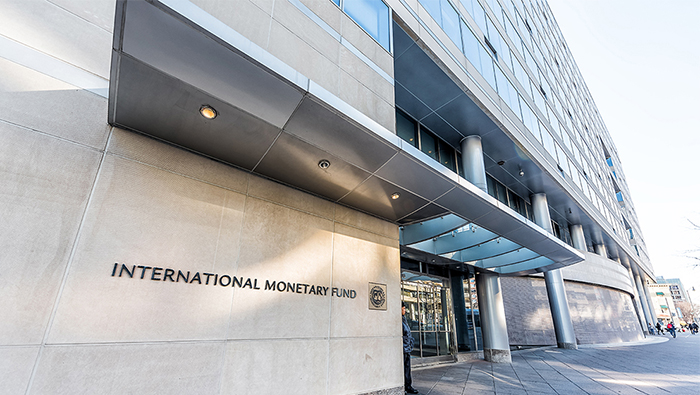 Washington: International Monetary Fund (IMF) chief said Tuesday that the multilateral lender remains "very concerned" about the negative outlook for global growth in 2020 and in particular about the strain a downturn would have on emerging markets and low-income countries.
"Our forecast of a recovery next year hinges on how we manage to contain the virus and reduce the level of uncertainty," IMF Managing Director Kristalina Georgieva made the remarks during an extraordinary conference call of the Group of Twenty (G20) finance ministers and central bank governors.
Georgieva welcomed the "decisive actions" many G20 countries have taken to "shield people and the economy from COVID-19," which led to a decline in volatility in major financial markets in recent days.
She said IMF supports an ambitious G20 action plan to strengthen the capacity of health systems to cope with the epidemic; to stabilize the world economy through timely, targeted and coordinated measures; and to pave the way toward recovery.
Noting that the IMF's governing body, the International Monetary and Financial Committee (IMFC), has endorsed initiatives on reforms to strengthen its crisis response, Georgieva told the conference call that there are also developments on IMF resources.
The US Congress recently approved the doubling of the New Arrangements to Borrow (NAB) credit lines, and the Executive Board on Monday agreed on a new round of bilateral borrowing to secure the IMF's 1 trillion dollar lending capacity, Georgieva noted.
The IMF chief reiterated the importance to support low-income countries, noting that the Executive Board on Thursday approved a reform of the Catastrophe Containment and Relief Trust (CCRT) that allows poorest member countries to invest in crisis response rather than repay the Fund.
"I want to thank G20 members who have pledged financial support for the CCRT and call on others to join," she said. The CCRT now has about 400 million dollars available, and the IMF aims to raise that to over 1 billion dollars.
The managing director also expressed her support for the G20 to "urgently work on further easing the debt burden of our poorest members."