Plenty of jobs for Omanis in industry, says Tanfeedh boss 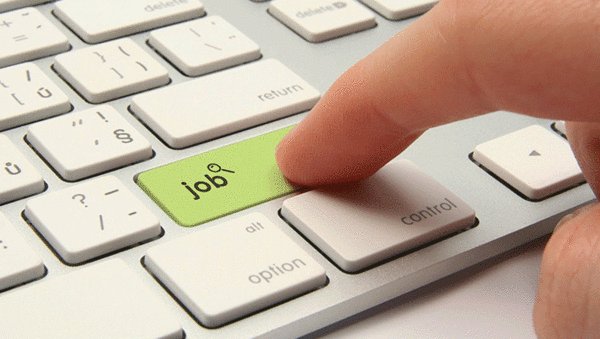 Muscat: Ample job opportunities are available for Omanis in the private sector as the government warns public sector recruitment will be ‘very limited’ in 2017.
That is the view of Shaswar Al Balushi, the head of the Tanfeedh labour market lab, who said thousands of positions currently occupied by expats should go to Omanis, provided they were ready for the challenge of working in the private sector.
Al Balushi, who is also the chief executive of Oman Society of Contractors, told Times of Oman, “There are around 1.5 million expatriate workers in the private sector. Simply, there are 1.5 million job opportunities available in Oman without any investment”
“Now, if we avoid half of the low level jobs from the 1.5 million, then we have 700,000 jobs available. Even if we take 10 per cent of this, there are 70,000 jobs. Only thing is that Omanis have to be productive and positive so that businessmen will give them preference,” the CEO added.
Watch: Tanfeedh labour leader says NOC shouldn't be scrapped completely
As the government seeks to increase the role of the private sector, Tanfeedh is being given prime focus in Oman’s budget strategy.
In the 2017 State Budget released on January 1, the Ministry of Finance has said that, recruitment, in public sector during 2017, will be very limited. “Due to the challenges facing the budget resulting from the sharp fall of oil prices, and higher spending on salaries and wages, the recruitment, in public sector during 2017, will be very limited,” the report adds. The report says that private sector is expected to create job opportunities for Omani youths, through the establishment of investment projects that have economic returns.
Omani workforce
Statistics, issued by National Centre of Statistics and Information, show the number of Omani workforce, working in private sector, has increased to 222,000 in 2016, increasing by 13,000. “This reveals that private sector has been able to recruit such number of citizens, and thus may create further 12,000 – 13,000 jobs over 2017,” the report adds.
Also read: Oman's Tanfeedh lab to focus on fisheries, mining, and an 'enabling' sector
“We are willing to hire. But due to the economic conditions, the hiring prospects is still not okay for both Omanis and expatriates. Firing is happening everywhere. Private sector is struggling a lot in carrying out the current projects. At this time, if government expects that we will hire, we don’t know how much we will be able to live up to their expectations,” said Anvwar Al Balushi, an industrialist in Oman.
Anvwar agreed that replacing expats with Omanis could be a good option but industry needs trained candidates who can work from day 1.
“We providing training is not a practical one. If we are going to do so, then we need to find funds for that. If government is going to support that, then it’s a workable plan,” Anvwar added.
**media[576989]**
Mohammed Al Busaidi, the head of Majlis Al Shura’s Youth and Human Resources Committee, said that government should start listening to private sector to improve the job prospects for Omanis. “It’s a fact that government doesn’t have money and no job openings too to hire Omanis. So, they should listen to private sector and work together to find openings for Omanis,” the Shura member said.
He also added quick actions should be taken on Tanfeedh proposals and implementation of National Training Fund.
“If it doesn’t happen as earliest as possible, then there will be issues,” the Shura member added. Last year in June, a survey conducted by the Ministry of Higher Education revealed that oil and gas positions, up until last year the most sought after jobs, have slumped, replaced with careers in tourism, hospitality and banking.
The current economic crisis faced by Oman has impacted job market trends in the country, according to the Employers Survey 2016. The survey, which was released in June, studied the private sector’s views about the suitability of graduates’ abilities and competence and enquired about plans for employing fresh graduates.
It also surveyed the skill set employers focus on when hiring graduates and touched upon the difficulties they face finding suitable graduates across different specialisations and qualifications.