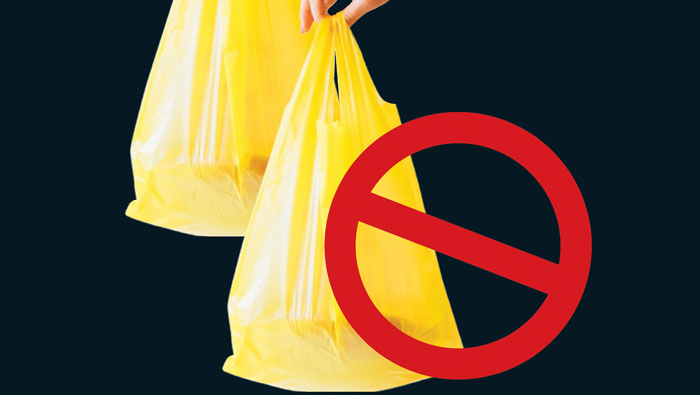 Transition
“Should a decision to prohibit the use of single-use plastic bags go ahead, in the beginning of 2020, it will mean that factories, companies and shops will be given a period of one year to bring in the use of environmentally-friendly bags, and their circulation and the use will be monitored for a year after implementing this decision,” he added.
Representing MECA was its Chemical Department, which organised on Monday a meeting at the ministry’s General Secretariat to finalise the details of the draft proposal banning single-use plastic bags and replacing them with recyclable and/or reusable ones.
“Single-use plastic shopping bags means that when we go shopping, we put our things, our goods and products, in a bag and use it just one time,” explained Al Hinai. “The Ministry of Environment and Climate Affairs is looking to prevent this and replace these bags with environmentally friendly, biodegradable and recyclable bags.”
The meeting was attended by a number of members of the team preparing and drafting the decision to prevent the use of single-use plastic shopping bags, which will impact the government and private sectors.
The implementation of this meeting comes within the efforts exerted by the ministry in the field of enhancing partnership and deepening cooperation with the government and private sectors in line with international efforts aimed at preserving human health and the environment.
Concerted efforts to implement the UN’s Sustainable Development Goals set by the Ministry of Environment and Climate Affairs are at the top of its priorities, as is achieving greater alignment and feasibility with the incorporation of these goals and indicators into national action plans for the management of plastic products and waste.
This legislation comes in the face of serious challenges related mainly to environmental protection and public health, from the danger of plastic bags, whose effect remains well after it use as long-term non-degradable plastic waste, in addition to the difficulty of collection and recycling, which leads to its worsening. It was necessary to develop policies and guidelines for manufacturers and suppliers to ensure the correct transition to alternatives for single-use shopping bag.
Through the presentations made by the team concerned with preparing this legislation, the reasons for this decision as well as the objectives envisaged were highlighted. During the discussion, a number of constructive opinions and ideas were raised among all the relevant authorities that will help in this implementation, ensuring they are properly carried out and in the public interest.
Biodegradable bags were also discussed, and it was clarified that plastic bags fragmented into smaller and smaller pieces because of the conditions surrounding it, until they became so small, they could not be seen with the naked eye. These tiny pieces are called micro plastics, and the ones that are even smaller are called nano plastics.
These microscopic pieces still endanger the environment and wildlife. Its presence in the form of small plastic fragments is more severe and more harmful to human health and the environment, as they pass through environmental components when they are this small, thereby contaminating the soil and the ocean. The meeting made it clear that there would be no more supply of single-use plastic bags. However, this decision will not drastically affect consumers and manufacturers, and will help the Sultanate keep abreast of relevant global developments.