Oman's Naseem, Amerat parks to be shut for Muscat Festival 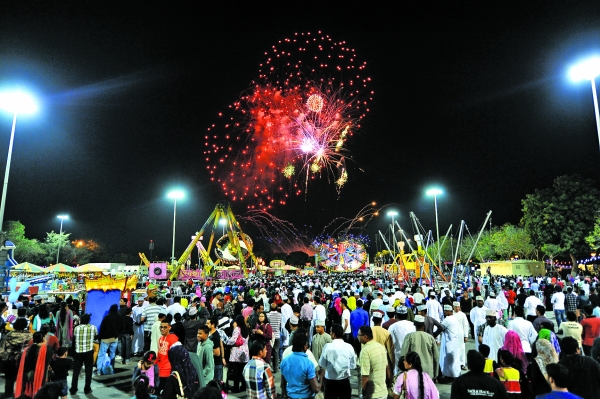 Muscat: Naseem and Al Amerat parks, the two major venues for Muscat Festival 2017, will be closed to the public beginning tomorrow to prepare them for the annual cultural event.
“The parks, Naseem and Al Amerat, will close from December 13 to prepare [them] for the Muscat Festival starting January 19,” an official of Muscat Municipality told the Times of Oman.
Mohsen bin Mohammed Al Shaikh, chairman of the Muscat Municipality, recently chaired a meeting with members of the festival’s organising committee to discuss the events and activities that will be part of the festival.
Among the activities planned is a consumer exhibition for families, in which private and government organisations will participate.
Two big events, including a football tournament and a Global Fashion Forum, are also slated to be held at the cultural extravaganza.
“We are trying to do many entertaining and cultural activities at the festival.
“There will be a football tournament from January as part of the event. A Global Fashion Forum will also take place; this is being organised by the Oman Film Society,” the official added.
The Global Fashion Forum will include a traditional fashion show, where designers from all throughout the world will display traditional outfits from their countries.
“We have planned a two-day fashion event that will include a traditional fashion show, for which we have designers from many countries taking part,” Fatma Al Salmi, organising coordinator of the fashion event at the Oman Film Society, said. “Along with the fashion show we have a cinematic makeup performance, as well. This will be done by some Omani makeup artists, and we are planning to include character imitations from the Arab world, Bollywood, and Hollywood. The Mad Hatter is one character we have in mind,” she added.
The organising committee underscored the importance of the festival in promoting tourism in the Sultanate and educating the public about Oman’s heritage
and culture.