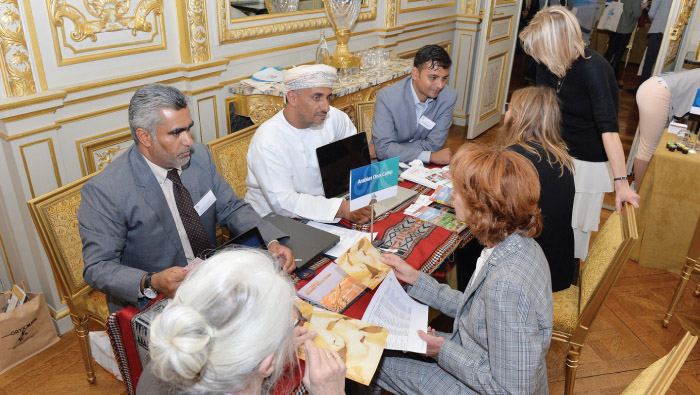 Muscat: Oman’s Ministry of Tourism is all set to participate in five major international tourism exhibitions to raise awareness of what the Sultanate has to offer to tourists.
In addition, it is also gearing up to organise several promotional programmes in a number of tourism-exporting countries. This comes as part of its efforts to promote tourism potentials and services of the Sultanate and increase the share of tourism companies and hotel establishments.
Anwar bin Saeed Al Balushi, Acting Director of Events at the Ministry of Tourism said: “The Sultanate will participate in about five international tourism exhibitions in 2020. They are Internationale Tourismus-Börse (ITB) Berlin, ATM, SeaTrade, IMEX and World Travel Market (WTM). It will also participate in three mobile workshops to be held in the Republic of China, Saudi Arabia and the Russian Federation.”
Among the most prominent international tourism exhibitions in which the Sultanate participates are the WTM London and the ITB Berlin. Moreover, Oman will organise workshops and events in a number of tourism exporting markets. This is in a bid to explore tourism markets.
Al Balushi said that the Sultanate’s presence in international tourism forums was important for promotional purposes. “These international events attract a large number of exhibitors and visitors from all over the world. They represent world’s tourism industry, travel companies, airlines, investors, government and private institutions and representatives of relevant international organisations.
“Participation in international exhibitions helped us in getting acquainted with the latest developments in the tourism sector, and helped us learn from the world’s experiences for the advancement of the sector. It also provides investors an opportunity for exchanging ideas and information,” Al Balushi said.
He added that the ministry would conclude its series of participation in foreign exhibitions for this year with the WTM exhibition which is being held between November 4th and 6th. More than 21 tourism establishments, including a number of small and medium enterprises are participating in the exhibition.
ITB Berlin 2020
“The Sultanate will also participate in ITB Berlin 2020 for which it was declared an official partner. This will provide Oman an opportunity for wider promotions in the exhibition, social media platforms, publications, and lounges of the largest exhibition of the world,” Al Balushi said.
He added that the Ministry of Tourism was organising mobile workshops in the Federal Republic of Germany (Munich / Frankfurt) on October 30 and 31. This is in addition to a series of four internal tourism events to enrich winter tourism and get benefits from these events for the promotion of tourism in the Sultanate.
Al Balushi pointed out that some of these exhibitions would have more than 10,000 exhibitors representing more than 180 countries. Oman’s participation in international exhibitions was aimed at introducing and promoting new tourism products and services in the Sultanate.
“This will help increase the share of Omani companies and institutions in the targeted markets, and improve relations with Omani tourism institutions and tourism agents in these markets. It will further enhance the image of the country as a major tourist destination in the foreign markets. Oman will also attend workshops and conferences held on the sidelines of the exhibition,” Al Balushi said.
He added that the ministry would participate in various types of general foreign exhibitions and international fairs featuring travel and tourism markets. “The Sultanate will also participate in specialised tourism fairs focused on specific tourism markets targeted by the Sultanate. It will also be present in the exhibitions regarding the cruise ship sector,” he said.