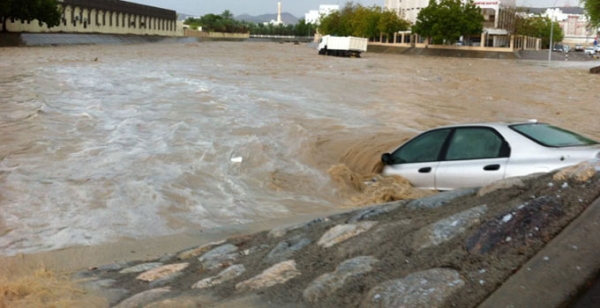 Muscat: Oman’s Ministry of Social Development (MoSD) spent about OMR 2 million to help the families affected by flooding caused due to torrential rainfall and overflowing wadis during 2018 and the first quarter of 2019.

According to data revealed by MoSD, 33 families that were affected by rainfall and floods were assisted by the Ministry in 2018, in addition to five families that were provided assistance in the first quarter of 2019, with an amount totalling OMR1.964 million

In terms of where the families that were provided aid came from, North Al Batinah Governorate ranked first with a total of 18 cases followed by Al Wusta Governorate with 11 cases and OMR1.345 million was spent.

There were four cases in South Al Batinah.

According to an MoSD official, “The assistance provided to people was in the aftermath of natural disasters like floods, rains, storms, winds, and fires which result in damage to citizens’ assets, property or sources of income whether, they are individual or collective.”

The Ministry of Social Development official added: “Immediate financial assistance, as well as tangible assistance such as tents, blankets and food supplies are distributed to the aggrieved parties. Assistance for damages occurring to houses, sources of income and casualties is also paid.”

Hamid bin Awadh, deputy director general of Social Development at the Governorate of Dhofar, said on this matter: “During Cyclone Mikuno, the Directorate of Social Development provided 70 shelters with all the requirements needed to help citizens affected by the cyclone, and when the situation was over, in coordination with the Oman Charitable Organisation, the needs of the families in terms of the goods and equipment required. In addition, compensation for damaged homes, and towards the restoration of houses that had been affected, were offered.”

“We must mention and remember the support received by the civil society from the various governorates of the Sultanate, where many trucks arrived to the governorate loaded with various goods and tools distributed to the affected families,” Awadh added.