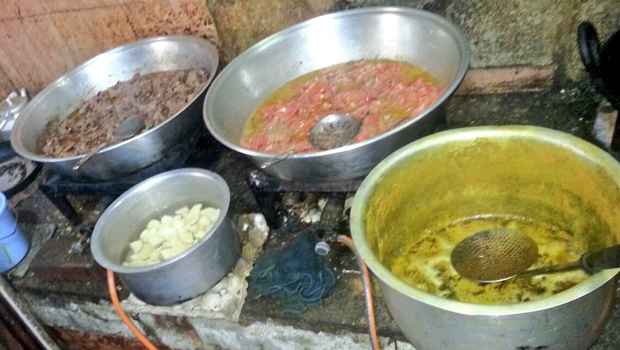 Muscat: Three houses used as kitchens to prepare food for expatriate workers and restaurants in Seeb were raided by Muscat Municipality officials.
Last month also, houses in Seeb were raided by the Muscat Municipality for being used as kitchens, warehouses and housing for workers.
On Tuesday, expatriates preparing Mashakik, a traditional food in Oman, and storing other food items in a house under unhygienic conditions in Al Hail North, were arrested by municipal authorities.