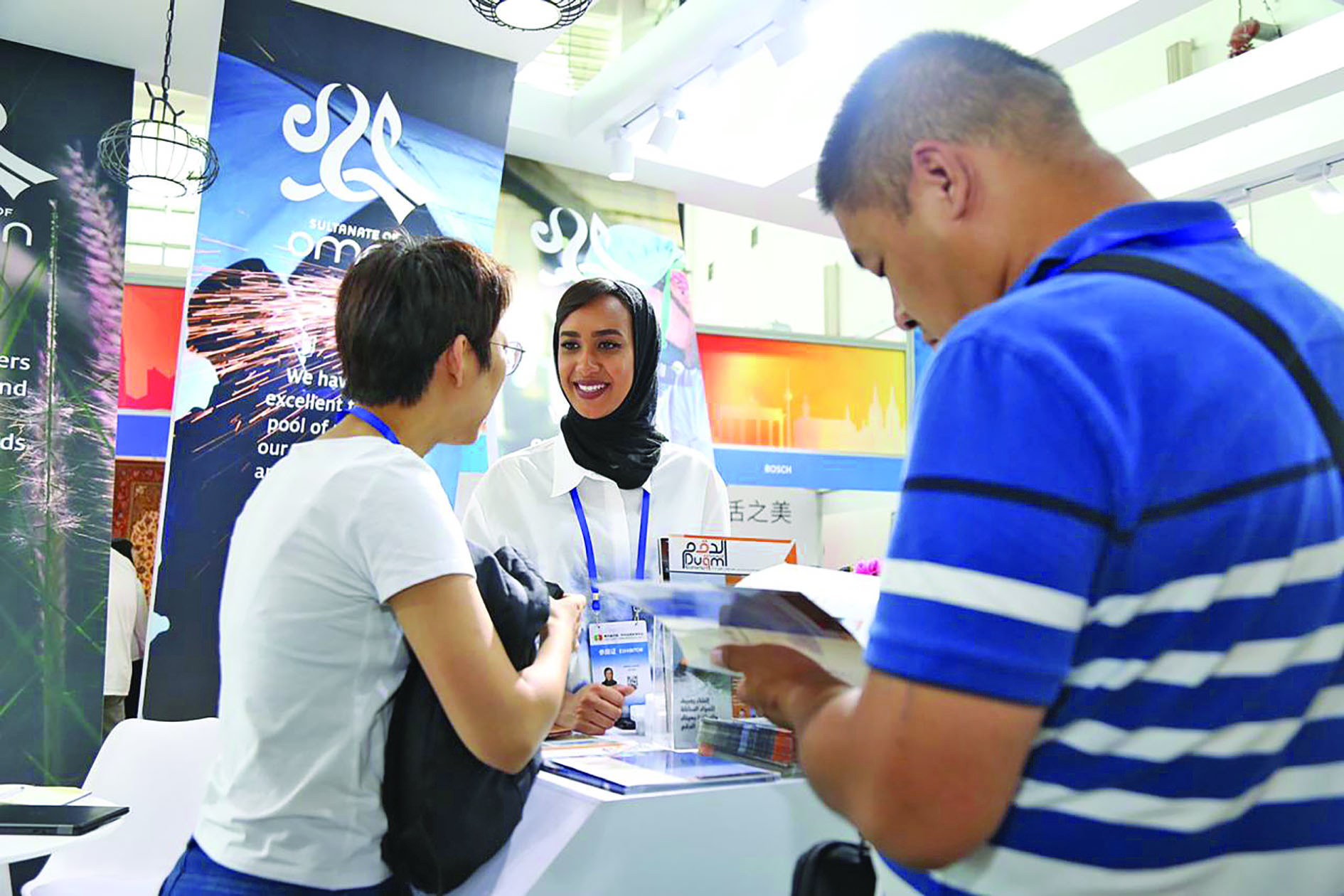 Nasima Al Balushi, Director General, Investment& Export at Ithraa — Oman’s investment and export development agency – said: “Initiatives such as the China – Arab States Expo play an increasingly important role in raising the profile of Oman’s thriving manufacturing, logistics, fisheries, mining and tourism sectors on the international stage.”
The Ithraa Director General added: “Our participation in Yinchuan has undoubtedly brought Oman to the attention of a new generation of Chinese business investors. It’s our economic performance, geographic location, access to growing Asian and African markets and the Sultanate’s young, multilingual local talent pool that’s driving the interest, but perhaps the most important factor of all is the value Chinese investors can find in Oman.”
The Sultanate’s status as a logistics hotspot and the steady growth of Duqm’s Special Economic Zone was the focus of several meetings in Yinchuan.

Thirty five diverse investments, spanning heavy industries, chemicals, petrochemicals, refining, manufacturing, assembly, power and water as well as renewables have already been earmarked for Duqm’s Sino-Omani Industrial Park. Investments in phase one of the industrial park are projected at US$10.7 billion.

His Excellency Abdullah Al Saadi, the Sultanate’s ambassador to the People’s Republic of China, remarked: “Planning and organising Oman’s participation at the China – Arab States Expo has taken considerable time and effort. We have worked closely with colleagues at the Chinese Ministry of Commerce as well as the Chinese Council for International Trade Research to ensure a successful event. Indeed, I’m proud of what the delegation has achieved.”
The positive feedback received in Yinchuan is a clear indicator that Oman is well positioned to continue to attract further Chinese investment.
However, Ithraa’s Director General recognises that the world is changing apace and that in order to sustain growth and appeal to investors, Oman needs to continue to develop each of its core strengths from providing a skilled labour force to ensuring ease of doing business for those interested in setting up and exporting from Oman.
Al Balushi concluded: “The delegation sent out a very clear message in Yinchuan that Oman is a country with ambitious growth aspirations, a country with a pro-business environment, a country that is adaptable to change and a country that supports firms of all sizes, across all stages of the business growth lifecycle.”