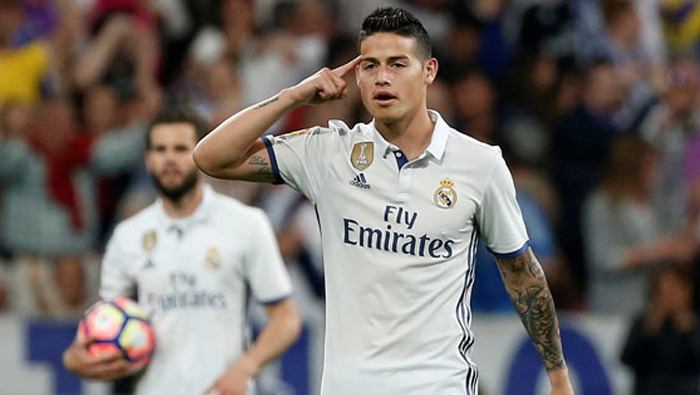 Madrid: Real Madrid midfielder James Rodriguez probably didn't expect to be starting this season with the club, but after failing to move over the summer, the Colombian hopes to become a key figure in Zinedine Zidane's side over the coming months.

When the 28-year-old was sent on loan to Bayern Munich for two seasons at the start of 2017-18, few would have expected him to return to the Santiago Bernabeu - and after making just 32 league starts in those two years, his chances of playing for Madrid again looked even slimmer.

Both Atletico Madrid and Napoli were interested in signing James during the summer, but neither deal went through and James found himself on the subs' bench for Madrid's opening league game of the campaign at Celta Vigo, before starting their first home game against Real Valladolid.

The midfielder was withdrawn after 57 minutes after suffering an injury which kept him out of the team's 2-2 draw at Villarreal, but he should be fit to face Levante this coming weekend.

"I really hope this is going to be my season at Real Madrid," he said.

James' chances of playing at the weekend could depend on the fitness of others, with Eden Hazard fit and available to make his Madrid debut, though Isco is still struggling with a muscle injury.