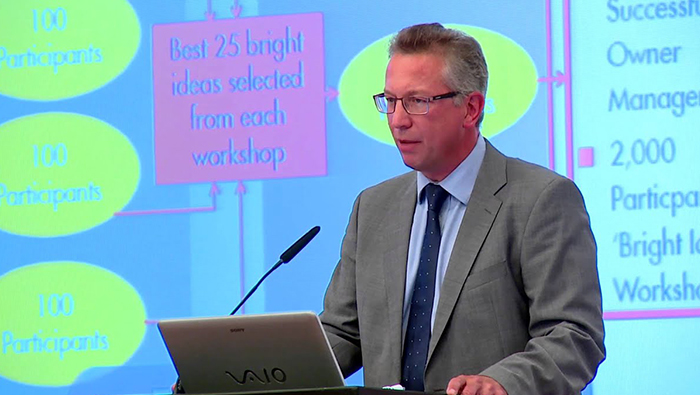 Muscat: Chris Breeze has left Oman as country chairman for Shell, one of the world’s biggest oil and gas companies.
Breeze is expected to take up a new senior role for Shell, which will see him return to The Hague in the Netherlands.
In a post shared on social media, Breeze said, it was the “last sunset for me in Muscat for a while. Leaving the Sultanate of Oman after a very enjoyable five and a half years. Will miss all the Omani and foreign friends that we made here and look forward to catching up with you all in The Hague, London or elsewhere."
He also said he would “miss the mountains, deserts, wadis and beaches of this amazing place. Our trips into the Rub Al Khali, Sharqiya sands, Al Jabal Al Akhdar, the ‘secret’ Turtle Beach, the Hukuf and many more, will remain in our memories forever. This is a wonderful, open-minded, tolerant, well connected and well-led country - a sea of calm in an increasingly turbulent world. I wish there were more places like it.”
Chris Breeze arrived in Oman in January 2014 to take up his role, before which he was Shell’s senior adviser on government relations for the Middle East and Africa. That too was based out of The Hague.
Before joining Shell in 2011, he was with the Foreign and Commonwealth Office, an organisation he joined in December 1998 with a posting at the British High Commission in Nicosia, Cyprus, before leaving the FCO in February 2011 as Deputy Director.
Breeze's successor as country chairman for Oman is expected to be announced in the coming weeks.