The art of visual storytelling in Oman 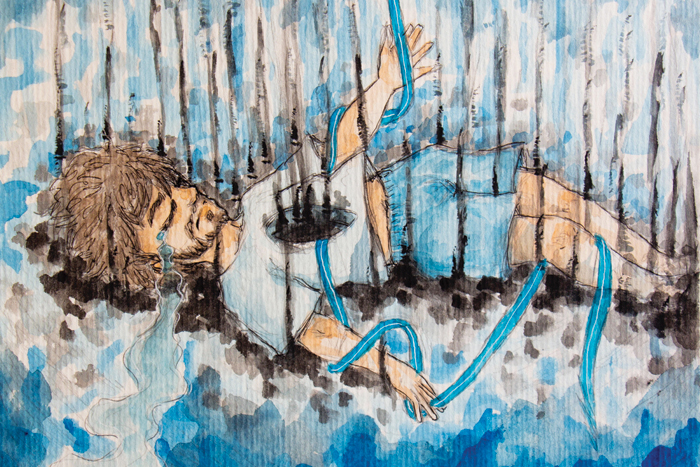 Comics. The word conjures an image of abstract characters, self-expression, and everything from vibrant landscapes to noir-inspired settings. All over the world, artists and writers have used their favourite comic strips, animated shows and even Manga characters as inspiration to test their own creative boundaries. While starting off unknown and with as little as a pen and passion, a steady stream of talents has added an international flair to the global comics industry. And while, compared to hotspots like the US and France, the comics scene in Oman remains relatively low-key, a new crop of artists and writers could soon change all that.
The work of Nof Al Zadjali is a great example of this new generation of artists. Her work pays homage to early childhood influences from Japan. Lurking in each and every artwork is a passion that began years ago.
**media[1051083]**
“I have been drawing since 3rd grade. It was and still is my way of expression. Just like writers and singers, we all have a way to express ourselves and let go,” Al Zadjali said. She credits anime as her main source of inspiration. Growing up, she loved watching its characters onscreen and studying the way they were drawn, even if it meant watching anime in languages she did not understand.
“I used to watch anime on foreign channels (from Germany and Italy) and I did not understand anything at first, but it has become a daily routine that allows me to learn German while practising art.”
What separates her work from the pack is not only her attention to detail and authentic anime-inspired designs, but also the unique Omani motifs she peppers here and there. That includes everything from traditional clothing to Chips Sohar. If comics are about diversity in terms of storytelling, setting, and characters, it is a fact that has been faithfully rendered in the work of Muhammad Al Attar. He could be his very own comic book character, thanks to his unique story. A lawyer by day and artist by night, Al Attar has influences that range from cubism to the fantasy genre.
“Since I was a kid, I always had a vivid imagination that contained different worlds, creatures, and races that do not exist. I always dreamt of being able to let them out into the world. That is how my story as an artist began.”
**media[1051084]**
On his art, Al Attar added, “It’s funny, because when I started working and my life got busier I began taking it (art) more seriously. I draw in court while I am waiting for my turn, and I won’t lie, I am enjoying this double life as an artist and as a lawyer.”
Beyond artwork, however, comics would be nothing without the story lines that shape the characters, drive the action, and keep audiences mesmerised. And it is the quest to create engaging worlds and characters that drives comic book writer Asaad Al Mamari.
Like Al Zadjali and Al Attar, the 25-year-old was first inspired by stories he read as a child. For him, it would be Qisas Al Anbiya (Stories of the Prophets) and Qisas Al Sahaba (Stories of the Companions) that first piqued his interest.
“These were meaningful stories that had an illustration on every other page, and they were about people like me,” Al Mamari said.
“I remember spending hours lying on the floor in our living room, reading these amazing stories.”
Soon he would be scouring weekly magazines for more. His first “proper” comic was Monster Allergy, which he first read at the age of 11.
“Finally, I learned about anime and Manga as a teenager, then more western comics as a young adult, such as Neil Gaiman’s Sandman for example. To me, they fitted like the final piece of a puzzle because they were an entire world of stories just waiting for me to explore them.”
He recalls writing his first story in 8th grade, a tale heavily influenced by Harry Potter and Eragon. While he calls it “ horrible”, Al Mamari admits it taught him a lot about writing.
“I think I grew because I understood at some point that every story is about people. Writers create a portal that could make people imagine other human beings and so is being able to write about a single person’s struggles and growth. That’s the important thing I learned.”
Comics in Oman have come a long way, Al Mamari says. He credits that growth to online reading and apps.
“There are people in Oman who are different in every single way but who read the same comic and love it. That love can unite people in a real way.” For him, writing stories that stay true to his characters is key, as is writing stories that readers fall in love with.
“I think it’s important for people to fall in love with stories, since those act as inspiration or even a helping hand if they’re in a bad emotional spot,” he said.
These young creatives are part of a new wave of talent that is re-shaping the comics scene in Oman; one artwork and one story at a time. Thanks to their passion and skill, it might not be long before Oman produces the next big thing in the world of comics.