I am the happiest guy in the world: Luka Jovic 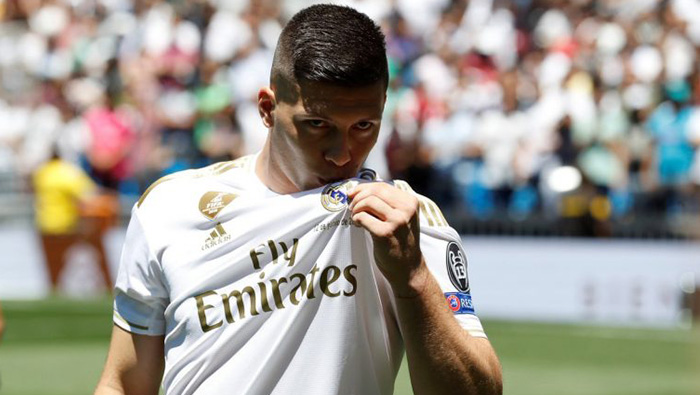 Madrid: Real Madrid signing Luka Jovic was presented at the Santiago Bernabeu today. He was clearly overjoyed to have finally joined Los Blancos.
Before the presentation itself, the 21-year-old walked through Madrid's trophy room, which holds their 13 Champions Leagues, and then went to have a look at the Bernabeu pitch.
Jovic watched a video of some of his best goals and his journey since making his debut before president Florentino Perez took to the stage.
"We have before us one of Europe's great strikers, who is fulfilling his dream [of joining Madrid]," said Perez. "Thank you for choosing this team." Then it was Jovic's turn to take to the podium. "I'm the happiest guy in the world for having signed a contract with this big club," he noted. "I'm going to give everything to help Real Madrid win trophies."
The presentation finished with the traditional post-presentation photos, though on the back of the Madrid shirt, it had Jovic's name no number, the Spanish MARCA newspaper reported.