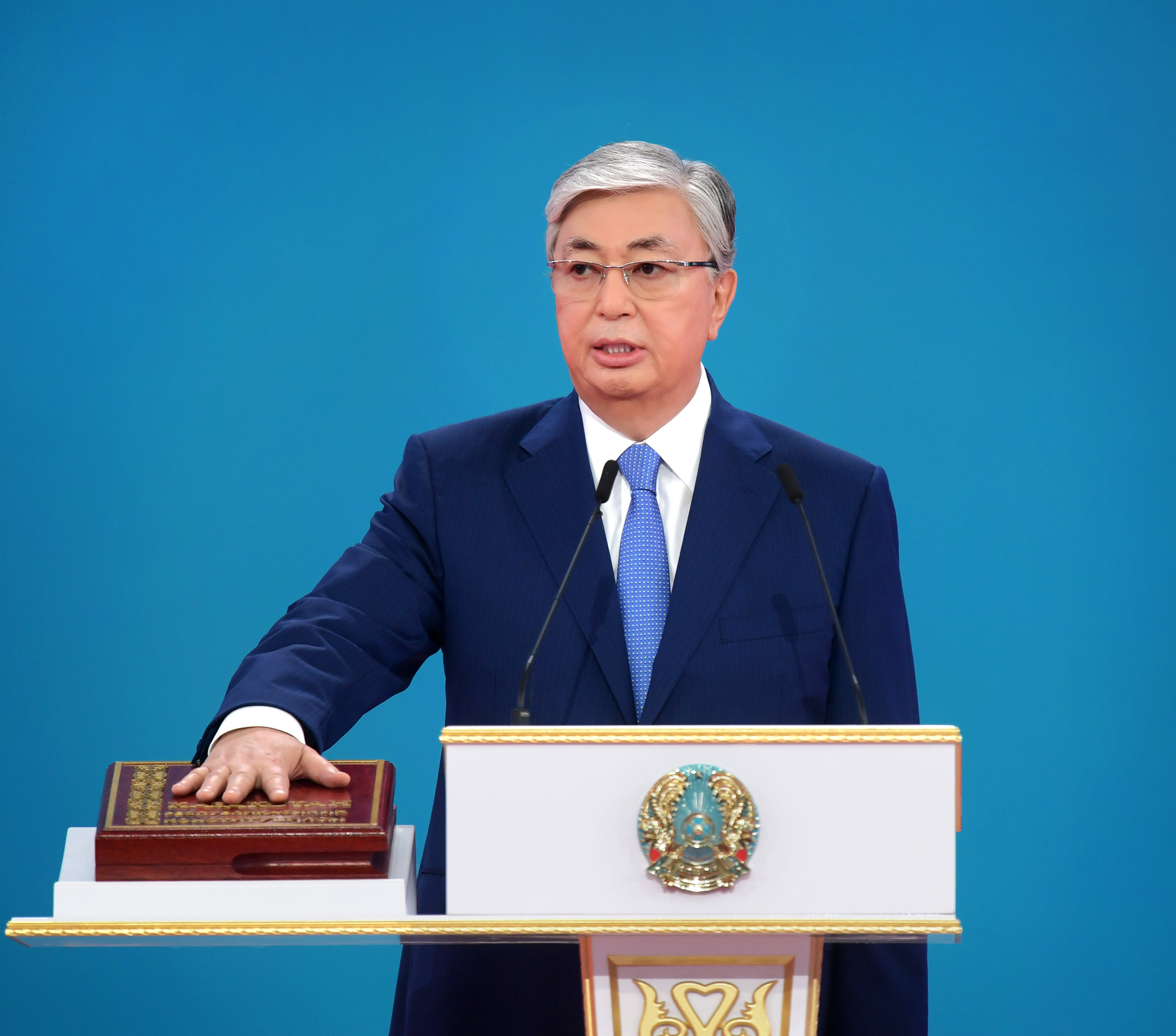 Nur-Sultan: Kassym-Jomart Tokayev became only the second elected leader of Kazakhstan after being sworn in on Wednesday after winning snap elections.


The career diplomat took the oath of office in a ceremony attended by his predecessor Nursultan Nazarbayev and a number of state officials.


"I solemnly swear to faithfully serve the people of Kazakhstan, strictly follow constitution and laws of Kazakhstan, guarantee the rights and freedoms of citizens, conscientiously perform the high duties entrusted to me by the president of the Republic of Kazakhstan," Tokayev said during the ceremony.


Tokayev was declared the winner of the June 9 presidential election, receiving 70.96 percent of the vote according to Kazakhstan's Central Election Commission. That total amounted to 6.5 million votes.


He was congratulated on his electoral victory by a number of world leaders including the President of China Xi Jinping.

(With inputs from other agencies)