South Africa's clash against West Indies washed out in Southampton 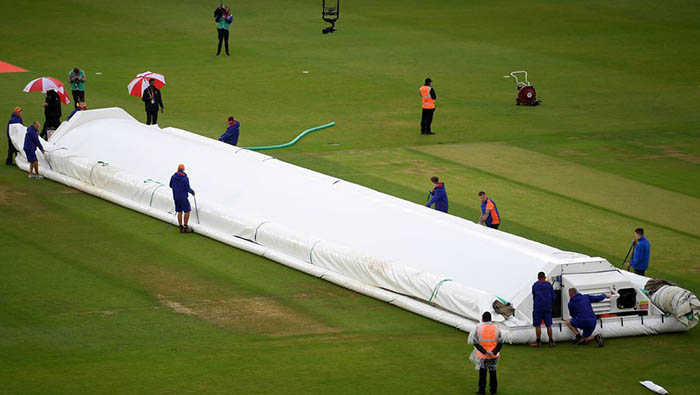 London: Sheldon Cottrell blazed through with two quick scalps to reduce South Africa to 29/2 in 7.3 overs before the game was called off due to rain on Monday, 10 June.
Faf du Plessis and his team were in a dire need of getting their first points on the board – they had incurred three straight losses before coming into this game. Unfortunately, they only shared points with West Indies, and have just one out of a possible eight at ICC Men's Cricket World Cup 2019.
The first wicket of the day came in the third over, when Hashim Amla was flustered by a series of seam variations from Cottrell. The right-hander edged one to Chris Gayle, and the trademark 'Sheldon Salute' garnered roars from those in Southampton.
The left-arm seamer, who finished with figures of 2/18, then got the better of Aiden Markram, who had come into the XI in place of JP Duminy. The short ball worked once again, as the right-hander was dismissed for a 10-ball 5.
The action was soon suspended because of rain, and never resumed.
South Africa's next assignment will come against Afghanistan – the only team with no points against their name – in Cardiff on Sunday, 16 June. West Indies, meanwhile, will lock horns with hosts England in Southampton on 14 June.