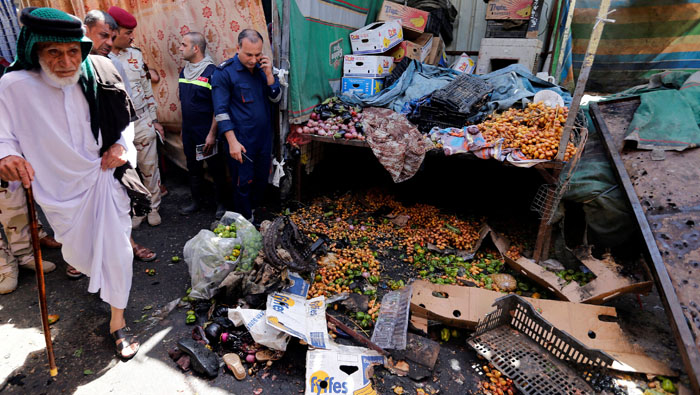 Baghdad: At least two people were killed and six wounded when a bomb went off at a crowded market in Baghdad on Tuesday, police said.
There was no immediate claim of responsibility for the bombing in the Sadr City district, a stronghold of cleric Moqtada Al Sadr whose bloc won a parliamentary election in May.
Iraq declared victory over IS in December but security officials say the hardline militant group is likely to wage an insurgency after its self-proclaimed caliphate collapsed and the militants were dislodged from all the territory they held in the country.