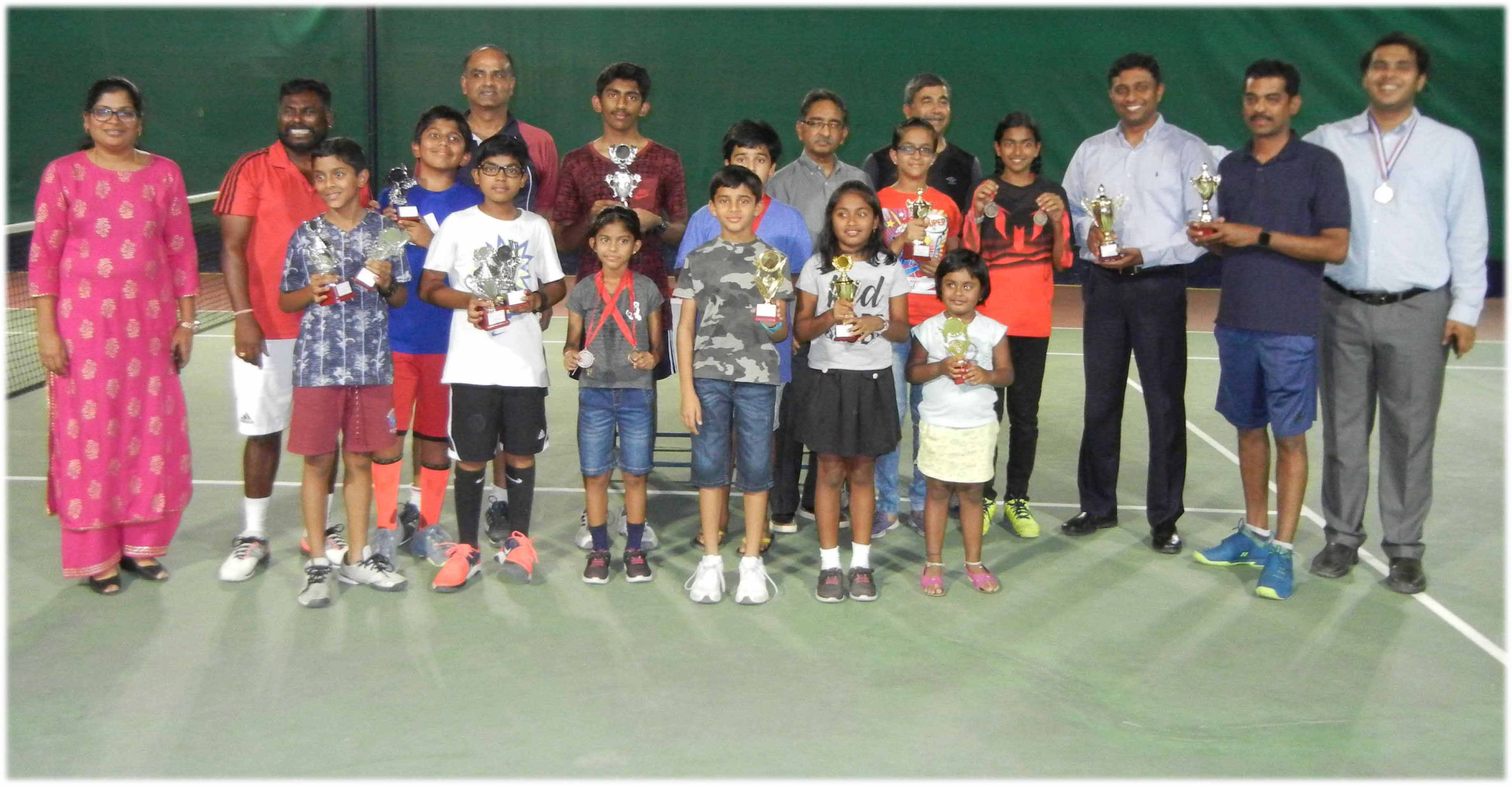 Muscat: Shanawaz, Achyut Kapil and Praneet Raj were among those who won titles at the monthly tennis tournament held at the Indian Social Club Oman.
Shanawaz defeated Ganesan 6-1 in the final to win the men’s singles title in the final of under-16 open singles. Achyut Kapil coasted to a convincing 8-3 win over Praneet Raj. Praneet Raj, however, bagged the boys under-14 title when he defeated Shantanu 6-1 in the final.
Shantanu Sriram claimed the boys under-12 title after defeating Advait Kapil 6-1 while Dhanyasri PV captured the girls under-12 title after defeating Renjana Sivan 6-1. In the final of the under-10 category, Renjana Sivan scored an impressive 6-3 victory over Riddish Mane.