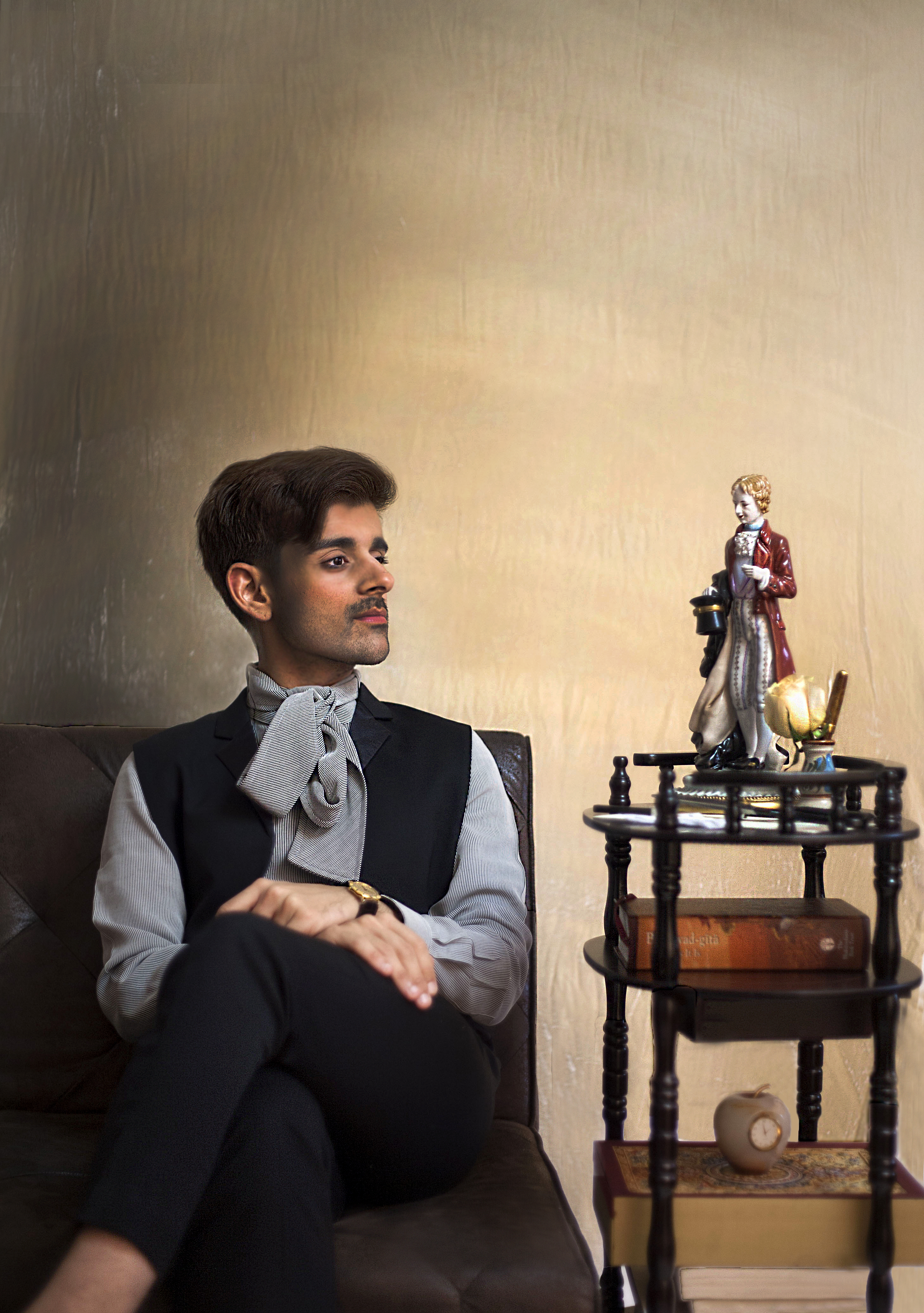 Cultural nuances and sartorial elegance are what make the house of Rishabh Manocha one-of-a-kind and an inspiration for folks from the fashion-forward world, who truly enjoy the juxtaposition of modern creations with classic elements.

Manocha, a recent graduate of Parsons School of Design in New York City and Central Saint Martins in London, has a passion for blending his fashion sense with the cultural stimuli that influenced him while growing up. Being a third culture kid from India and growing up amid Middle Eastern sub-cultures lend his pieces a global aesthetic with a character of their own.
**media[835995]**
His designs can be described as creations with intelligent function and fine form that tap into old eras of fashion. “There is a great deal of focus on historical narrative that I like to curate through my work. The usage of tradition, be it in the nip of the waist or fullness of the sleeve, is carried out in an effortless and playful way. I try not to adhere to norms, but rather use them as a reference point to highlight something more captivating,” Manocha said.

The Sultanate has been a vital source of inspiration for the young designer as it shares the same manner of using and appreciating traditions, and to accentuate the natural existence that is truly enchanting. “Its vivid landscape, diverse yet harmonious, is visually piercing,” he said.

With a brand that celebrates cultural diversity, there isn’t a place that complements Manocha better than New York City, melting pot of the world. His adventures in the Big Apple never let him see a dull moment, as the city’s atmosphere serves as an inspiration itself. For Manocha, the potential to explore new dimensions within the same field of work seemed rather addictive after a while.
**media[835991]**
“There is a buzz being in New York, which I have felt in no other city in a creative capacity,” the designer said, adding: “From designing bespoke attires for my conservative clients and rendering illustrations for production houses, to being on outdoor photo shoots with some of the most invigorating minds of our times are experiences that truly make the pain and the process worth it.”

Being in a city with golden opportunities, Manocha dove deep into the industry to learn from the best of the best. He worked alongside some of the most influential names in the business, including Demarchelier and John Varvatos, and alongside Jennifer Lopez and Nicki Minaj to name a few.
**media[835990]**
Apart from working with A-Listers in the game, the designer runs a small bespoke tailoring firm, which caters to nuanced tastes. His brand is a label for the all-inclusive, non-binary bound dandies of today. And, he collaborates with other labels for a good cause, tackling issues such as animal abuse, labour ethics, and downtrodden commercial paradigms of the fashion industry.

With a drive for success and an exceptional eye for style, Manocha is on his way to building an empire.