Rescued Indian priest's family 'happy that he is free' 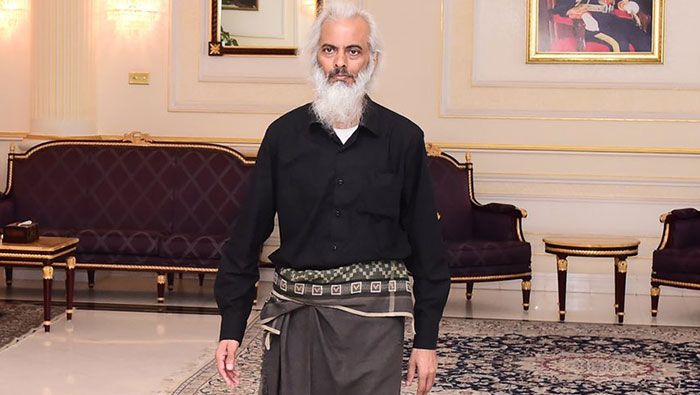 Muscat: After news broke of kidnapped Indian priest Father Tom Uzhunnalil being rescued from Yemen, thanks to coordinated efforts by Omani authorities, his family in India has responded with words of gratitude to those involved in the rescue.
Also read: Indian priest thanks His Majesty after rescue from Yemen
Father Tom was abducted in March 2016 when four gunmen posing as relatives of one of the residents at the home burst inside, killing four Indian nuns, two Yemeni female staff, eight elderly residents and a guard.
Thomas Uzhannalil, the cousin of Fr. Tom, told Times of Oman: “Thanks to the Almighty, I am so happy that he is free. Thanks to all who worked for his release. The entire village is flowing into my home.
“Indian External Affairs Minister Sushma Swaraj was following up the issue keenly. Our representatives from Salesian group were in constant touch with the Ministry of External Affairs,” Thomas added.
Father Tom reached Rome on Tuesday night, according to a Catholic church spokesman in Bangalore.
“Fr. Tom has reached Rome. Earlier, we had received an email from Rome saying that Fr Tom will be flying to Rome from Muscat. Now, he has reached Rome. We can confirm that,” Fr. George Muttathara, Superior of Bangalore Salesian Province House, said.
Hearing the news, Indian politicians and church members are visiting Thomas’ house and Fr. Tom’s other family members are settled in the United States.
“Related to Fr. Tom, I am the only close relative here. This 16th, it would have become 19 months exactly,” Thomas added sharing his happiness in the release news.
In May, a video of the Indian priest was posted online and he was seen in poor health, calling for help. The Sultanate helped to find and rescue the Vatican employee, according to the Omani government.