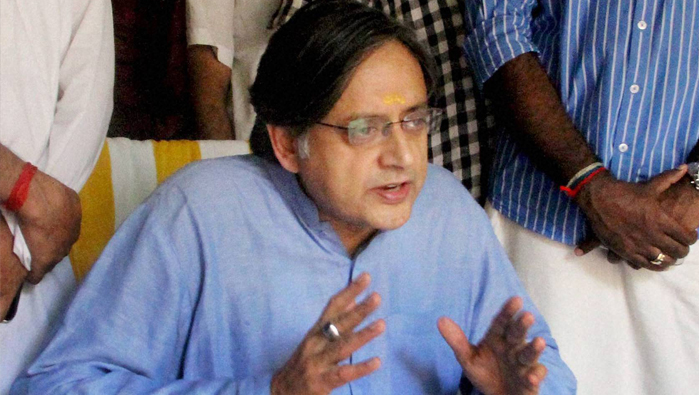 Muscat: There is a need to modernise India’s Emigration Act to ensure legal migration to Oman and other Gulf countries, an Indian parliamentarian said.
“The Emigration Act, in its current form, has been severely criticised by government commissions and NGOs, such as Amnesty International India,” Dr Shashi Tharoor, an Indian politician and a former U.N. diplomat, who is currently serving as a member of the Indian Parliament, told the Times of Oman in an exclusive interview.
“Given that the government issues nearly 1,000 emigration clearances a day for workers heading towards the Gulf, reforming a flawed Emigration Act is imperative,” the parliamentarian added.
Tharoor said it is not possible for emigration from 21st-century India to be managed under 20th century law inspired by a 19th century mindset. He believes that the foremost requirement would be to make a comprehensive assessment of the deficiencies within the existing Emigration Act and make suitable amendments to the act.
India’s current emigration act was formulated in 1983 and amended in 2009. And in the same year, a new emigration policy was formulated by the then Ministry of Overseas Indian Affairs and was updated in 2010 and 2011. However, the new policy has not become a reality yet. This year in February, a Parliamentary Standing Committee on External Affairs, headed by Tharoor, had pulled up the government for delaying the new policy.
Tharoor’s panel, in the strongest possible terms, recommend that the ministry should adhere to a time frame to complete the consultation process to evolve a comprehensive emigration management framework and ensure that it comprises a comprehensive legislative framework delineating the rules governing the emigration law by replacing the obsolete Emigration Act, 1983.
According to Tharoor, the previous Indian government, which had acknowledged the shortcomings in the Emigration Act, had initiated the process of trying to improve emigration legislation on the lines of the Philippines Migrant Workers Act, which is noteworthy for the safeguards it has put in place for their citizens working abroad.
“But this new legislation has made no progress under the current government; though I have sent several reminders to the Ministry. Now it’s time for the BJP government to treat this issue with the seriousness it deserves, and I’ve written to the current External Affairs Minister Sushma Swaraj urging her to take this up on a priority basis,” Tharoor said.
On ensuring the rights of Indian domestic workers in Oman and the Gulf, Tharoor said any successful intervention by the Indian government must adopt a nuanced and proactive approach and must factor in the dimensions of the issues faced by Indian female domestic workers in the Gulf.
“These would require being cognizant of the spread and magnitude of various forms of deception and abuse by visa brokers and recruiting agents, compounded by the lack of awareness of pre-departure training and the current lack of access to remedies, both consular and judicial, for these workers,” he said.
According to Indian e-Migrate data, in 2016, around 520,710 emigration clearances were given to Indian workers for 18 Emigration Clearance Required (ECR) countries, which includes Oman and other Gulf countries too.
Rafeeek Ravuther, an Indian migrant rights activist, said: “Through our network, we were able to track missing women.” The lack of a regional pact between India and Gulf countries is leading to illegal recruitment processes, he added.
However, Tharoor said given that the Indian government has already signed several agreements and MoUs with its counterparts in the Gulf countries, he doesn’t think that lack of a regional pact between India and Gulf countries per se, is the issue.
“However, ensuring that the existing agreements are acted on, implemented and followed through, must be a priority for all parties,” he added.
Meanwhile, the economic downturn in the Gulf countries, caused mainly by the drop in oil prices, has resulted in slowing down of deposits by non-resident Indians in the region.
Reserve Bank of India data reveals that personal transfers by Indians living overseas, including remittances by migrant workers to their families in India, have declined for the second consecutive year in 2016-17. The transfers have fallen below the $60 billion level for the first time since 2010-11, even though, according to estimates, India remains the top recipient of remittances.