Trump gives Clinton her cause 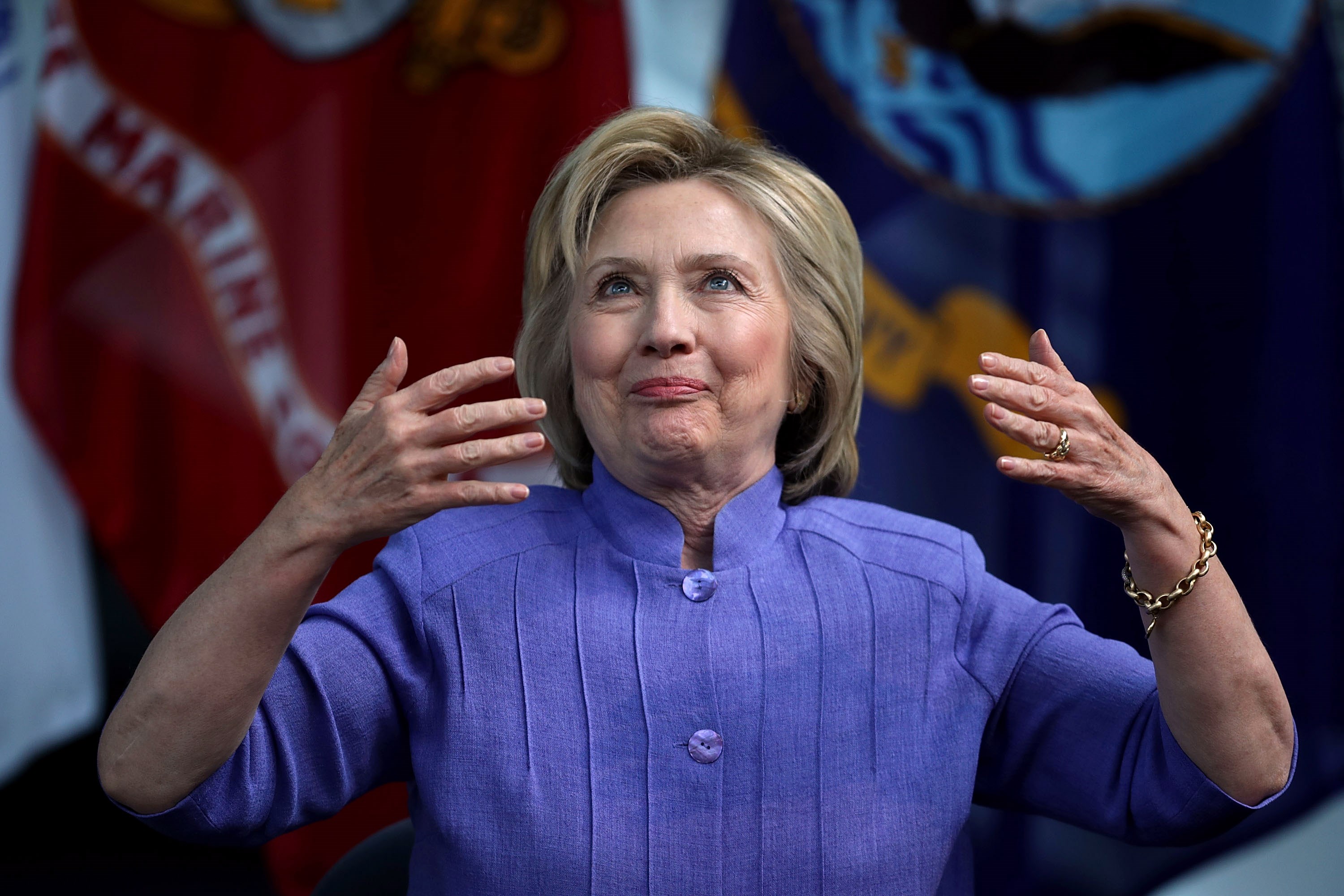 The political context around Hillary Clinton has changed. Until now, complaints about her have pervaded public commentary, usually with a predictable refrain. In a May podcast, former Daily Show host Jon Stewart couldn't find much good to say about the next leader of the Democratic Party.
He imagined Hillary Clinton, he said, "to be a very bright woman without the courage of her convictions, because I'm not even sure what they are."
It was hardly an original damnation. Clinton has long been perceived and portrayed as a cautious, calculating, programmed talking-points bot, a grind churning personal ambition into political power, a transactional politician who lacks the inspirational lift that Democrats admire in Franklin D. Roosevelt, John F. Kennedy and Barack Obama.
In the Washington Post, Chris Cillizza said that Stewart had "perfectly diagnosed" the problem with Clinton's candidacy.
People struggle to relate to her. She often comes across as inauthentic or lacking a basic core of beliefs. The idea of finding out who the "real" Hillary Clinton is seems far-fetched. Even many people who believe she should be president acknowledge, usually privately, that she is fundamentally unknowable.
"In reality," as the political scientist Brendan Nyhan has pointed out, evidently to little avail: "All politicians are strategic about the image and behaviours they present to voters. Some just hide the artifice better than others."
Clinton has not struggled, as Senator Ted Kennedy once famously did, to enunciate a rationale for her candidacy. Her trouble is that she offers a laundry list.
At least she used to. The Hill newspaper, which covers Congress and politics, recently asserted that Clinton "appears to have found her voice after a bruising primary against Bernie Sanders."
The slow (very slow) fade of Sanders has freed Clinton from his hectoring condemnation of her ways and means. But it's the emergence of Donald Trump as the presumptive Republican nominee that has galvanized her candidacy into a crusade. Trump has given her something that Sanders had in abundance but Clinton previously lacked: a cause.
Clinton is not just a workhorse for her own ambition. She has long laboured to achieve a set of consistent liberal, communitarian goals. As a senator and secretary of state she did the homework necessary to learn foreign policy and national security. Whatever her detractors perceive about her "true" character, there is no question that Clinton takes the work of politics and policy deeply seriously.
Given that, can there be any doubt that the specter of Donald Trump occupying the Oval Office rattles every American bone in her body?
In a speech earlier this week in Pittsburgh, Clinton's voice was husky with fatigue. But there was a steady calm to her. Her tone was low and flat. Her sentences were precise and slow. Her demeanour was steely but not alienating as she described the dangerous buffoon who is now her Republican opponent.
She called Trump's response to the massacre in Orlando "shameful," and cited it as "yet more evidence that he is temperamentally unfit and unqualified to be commander in chief." She called out his "bizarre rants and outright lies."
There were moments when the audience of Democratic partisans laughed. Clinton didn't.
Instead, she laid the rationale for her candidacy before the nation, in simple, readily understood, terms.
We face a "brutal enemy" that will stop at nothing to undermine or destroy us, she said. We need a leader who can grapple with the "complexity" of terrorism and an interconnected 21st-century world -- not "a loose cannon who could easily lead us into war."
It's really not complicated anymore. "Now is a time for seriousness and resolve," Clinton said. If that's the case, or even could be, there is only one candidate with the capacity to provide either quality.
"I expect that people will see her in a much better light because of the contrast with Trump," said Democratic pollster Geoff Garin, whose clients include pro-Clinton groups. "We've witnessed that in a very significant way in the aftermath of the Orlando massacre."
Trump has transformed Clinton from a transactional candidate to a conviction candidate. Fighting the talented and wily Obama in 2008, Clinton was unable to project a conviction that she alone could answer the nation's call. That's changed. Clinton is the only one standing between the US and potential disaster. And she knows it. - Bloomberg View