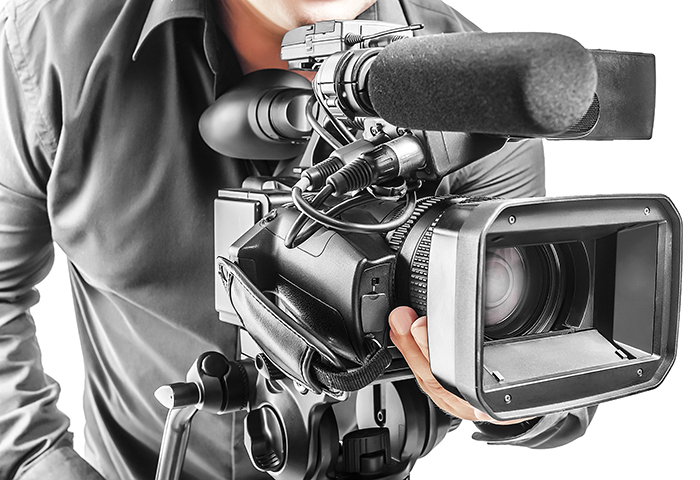 I always envied our neighbouring countries when it came to filmmaking and production, especially during Ramadan, when most Omanis would remain glued to their television sets to watch the traditional shows. While we did have our own programmes too, but nothing ever caught my interest. My disappointment came to an end when I came to know about a group of local talent called Akkasa who get together to shoot videos that will leave your jaw dropped to the floor.

I came across Akkasa when I was still studying in Malaysia, and I was stunned by the craftsmanship that the crew carries; their work is utterly polished and very professional (no exaggeration) and it made me realise that we do have a possibility to have a film industry in the country.

Fast forward a couple of years, the house grew in talent and experience and got meatier with projects that have uber-cool visual effects. Earlier this week, I stopped by their studio in Bausher and had a quick chat with Akkasa’s CEO, Mohammed Al Harthy, and Mustafa Al Lawati, who is a talented film director and scriptwriter. The gentlemen gave me a warm welcome and introduced me to their working space to talk about their journey so far.

Ahmed has always been a fan of films and creative motion. He and a bunch of his friends started shooting videos for fun while studying in college. Soon, they ventured into commercial projects, leaving their experimental phase behind and moved onto another adventure (or rather business). In 2011, Ahmed and Mustafa launched Akkasa Productions alongside their co-founder and film editor Salim Al Harbi.

Growing up, Mohammed developed love for art and design. His inner artist came out to play when he was a sixth grader and soon he began exploring in photography. As he entered high school, he developed a passion for moving images and shifted from photography to video making.

For Mustafa it was a different game; he was a man full of visions. Ever since he was a child he admired filmmaking. He was curious as to how it is made. His layers of raw talent began to unfold in the form of drawings as he loved to tell stories and make up scenarios. He also enjoyed playing with Legos, which made his scenarios a bit more believable and close to his vision.

His passion grew so strong that one day he simulated a war scenario with real fire and ended up burning up the place. All of these shenanigans were a true indication that Mustafa’s future was in the film directing department, and his dramatic concepts can be seen interpreted in Akkasa’s productions.

“What inspires you?” I asked. “We watch a lot of short films, advertisements, and even animations. These elements have significance in feeding your imagination,” Mohammed said. “Instrumentals are my number one source of inspiration, and I also watch a lot of independent films,” Mustafa added.

Akkasa’s portfolio is replete with interesting materials. They have loads of projects, but I was intrigued by two in particular. The first is called ‘Oman Tahhki’ which translates to Omani Stories, a narrative show that tells tales from the past, depicting iconic moments that took place in our history. The project was made with visual effects and graphics that left me in awe, and kept trending for quite some time on Twitter. It’s an effort that’s celebrated by many locals including myself. And, they released an original song for it. The show has a 300 movie vibe that you shouldn’t miss.

My second favourite is a short film, Viking vs Alien in which the directing, cinematography, and visual effects were on point. Migrated Manuscripts is another major project aired during Ramadan, which is a mockumentary that involved shootingmanuscripts of locals who migrated to other counties and left their marks there.

The project was filmed in six countries; Russia, Turkey, Poland, Italy, France, and the UK, collecting manuscripts from libraries, universities, and museums. Some scenes were shot in Nizwa, Manah, and Bahla in Oman. Other projects include Salam Air, Sultan Qaboos University, and ministries to name a few.

So with a team like Akkasa’s, why we still don’t have a proper feature film? Well, that’s because Oman is still growing. “Oman has a ton of potential for cinema,” said Mustafa, adding that “it has diversity in land and terrain, which can easily become a base for kick-starting international-standard cinema.”

Mustafa thanked the rich and diverse Omani culture and said that we have many stories to tell, which can inspire thousands. And, cinema-goers are rapidly growing in numbers, too. But he said that though we have amazing sceneries and cultural context, we still lack experts and support to drive these stories to fruition.

“For many people in the region, creative industry is considered a hobby, it could be a craft for when you are free, but the perception makes the trade less valued,” said Mohammed. “We need to change that perception by raising awareness,” he added.

The production house’s main goal is to be a major film production house that produces and makes Omani movies that will be of international standard and get the opportunity to be previewed and celebrated at cinemas, and to also create a base for cinema production in Oman. Given what I’ve seen from them, their dream is soon to become a reality.

Akkasa is currently one of the most talked about production houses in town, and that is a living proof that a film industry can thrive in Oman, if there’s enough resources and support. With such imaginative minds’ full creative juice, their future projects are ought to be nothing short of stunning.

on their projects and films: @Akkasafilms