'Expat workforce in Oman has tripled over last decade' 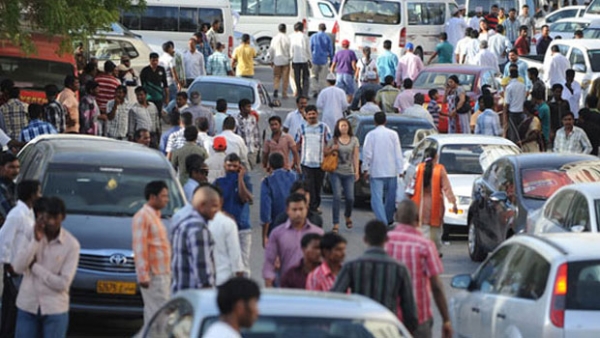 Muscat: In a decade, the expat workforce in Oman has almost tripled, officials have announced.
The National Centre for Statistics and Information (NCSI) has released its 2017 Statistical Handbook, in which it has shed light on the country’s development, and provided data between 2007 and 2016 on expats in the country.
The expat workforce increased significantly since 2007, rising steadily from 660,950, to 1,825,603 people in 2016.
NCSI statistics also showed that there is a higher amount of expat workers holding University Degrees, Higher Diplomas, and PhD degrees than working Omanis who do.
However, a majority of working expats possess a preparatory level education, while a majority of working Omanis have completed secondary-level education.
The expat population in Oman also increased from 820,000 in 2011, to 1,986,000 in 2016, from which the ratio of expat men to women last year is estimated at 5 men to 1 woman in the Sultanate.
This is in stark comparison with Omani population numbers, which puts men and women at an almost 1:1 ratio with one another in 2016.
Expats have also seen a steady increase in numbers with both the private and government sectors. The private sector employs a majority of expats, with 1,787,979 workers in 2016, while the government sector employed only 37,624 workers last year.
In the private sector, a majority of expats are employed in construction work, with 650,983 people, of which most are male.
Other major sectors for expats are manufacturing; wholesale retail, trade and repairs; hotels and restaurants; and being employed in private households.
The latter category, private household employment, accounts for the most amount of expat women working in Oman.
On the other hand, a majority of expats working in the government sector are employed by the Ministry of Health, with 12,211 people, followed by the Ministry of Education, which employs 9,748 workers.
The number of expats in Muscat has also exceeded that of Omani citizens in Muscat by almost double their numbers, with 900,000 expat residents in the capital.
The infant mortality rate for expats in Oman is 9.7 per 1000 births, while under five mortality is 11.9. This is slightly higher than the infant and under five mortality rates with Omani citizens, at 9.2 and 11.7 respectively.
In 2016, most of the expats working in Oman belonged to the 25 to 29 age group, at 465,667, followed by 30 to 34 year olds, at 429,907.
Most expats working in Oman in 2016 were between 25 and 29 years of age, with 465,667 individuals. This was followed by expats between 30 and 34 years of age, at 429,907 people.