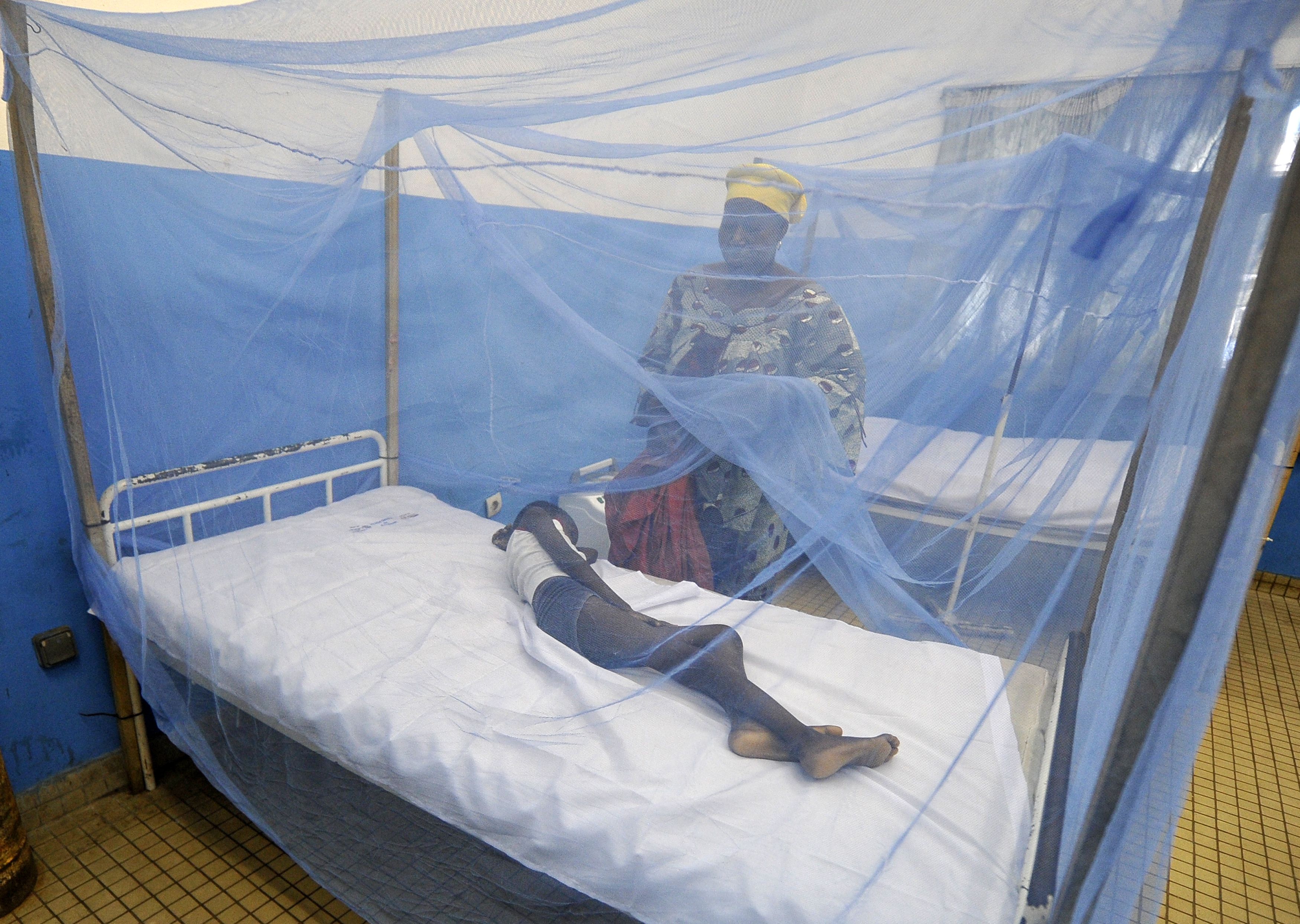 It is one of the best untold stories in the annals of development: great strides have been made against malaria, a disease that was once endemic across the world and, more recently, has remained the scourge of developing countries.
Over the last 15 years, more than six million lives have been saved.
Even better, the lessons of that success can – and therefore should – be applied to other great development challenges. Malaria is caused by a mosquito-transmitted parasite.
Even in a mild case, the result can be fever, chills, flu-like symptoms, and anemia – especially dangerous for pregnant women and young children.
It can lead to lifelong intellectual disabilities, and is estimated to cost billions of dollars in lost productivity every year. Once, malaria was pervasive throughout Europe, from warm Italy to cold Archangel, and much of the United States.
The invention of the insecticide DDT and cheap drugs helped rich countries practically eradicate it after World War II, making it a disease largely confined to poor countries.
But progress in fighting malaria has accelerated dramatically since the turn of the century.
Death rates have plunged by 60 per cent since 2000, and in Africa, which bears the brunt of the malaria burden, deaths have nearly halved, from 764,000 in 2000 to 395,000 in 2015.
Along with the Bill & Melinda Gates Foundation, the key global player in malaria is the US government.
In 2005, President George W. Bush launched the President’s Malaria Initiative (PMI), shortly after my think tank, the Copenhagen Consensus Center, undertook the first-ever comprehensive analysis of development policies using cost-benefit analysis. Our goal was to identify how each dollar in aid or development money could achieve the highest returns.
An eminent panel of eight economists, including Nobel laureates Thomas Schelling, Vernon Smith, Douglass North, and Robert Fogel, analysed new research and concluded that one of the most effective investments would be malaria control.
Put into monetary terms, and based on conservative estimates, the research showed that each dollar spent would generate benefits worth at least $25 to society. The US took up the cause.
A new study, by economists from the University of North Carolina and Harvard University, shows that, if anything, the outcome has been even better than predicted. Up until 2014, the US spent about $3.7 billion to save 1.7 million children, implying a cost of just $2,200 for each child saved.
Based on the standard assumption that the value of saving just one life-year is $3,000, the program has achieved $33 of social good for every dollar spent.
The study examined death rates for children below the age of five, comparing the 19 countries that received PMI-provided mosquito nets, insecticide spraying, and medicine with 13 countries that did not.
The countries helped by the PMI had 16 per cent fewer deaths in that age group, adding up to about 1.7 million babies’ and toddlers’ lives saved.
The lesson is that devoting substantial resources to smart development solutions can really change the world. More recent Copenhagen Consensus studies continue to show that malaria remains a great “investment” – something the Trump administration should take into consideration as it considers cutting spending on the PMI. (And, even as we celebrate recent successes, problems such as drug resistance pose new challenges.)
The broader lesson is that we need to respond to other global challenges with similar smart investments. When asked, people across the world indicate that education, health, and nutrition are among their top policy priorities. But not all investments in these areas are equal – a lesson that state and private donors of every size should note.
In education, providing preschool access to young children in Africa (who disproportionately miss out) turns out to be a remarkably “profitable” development investment.
Investment in vocational training, on the other hand, often generates much lower returns. If we could do everything, we should; but in the real world, where we have limited resources, we should focus first on the best investments, like we have with malaria. For health, we should invest more in tuberculosis control and treatment.
TB is the world’s deadliest and most overlooked infectious disease, but treating it is really cheap. Every dollar spent yields $43 of social good. By contrast, while focusing on general healthcare across all the world’s poorest areas sounds appealing, it would cost so much that each dollar spent would do much less good. A
gain, we should commit limited resources first to realising the biggest improvements we can, and then move to the next most effective investment. Money spent on nutrition for young children offers phenomenal returns.
Our research shows that fortifying staple products with vital micronutrients generates huge returns almost everywhere it currently is not done. Meanwhile, programmes to provide homes with livestock – for example, in Bangladesh – turn out to be a much less powerful investment. There are different ways to move toward every development goal, and some are more effective than others. In a world with no shortage of good causes, do the most good we can requires focusing on the best opportunities first.
Malaria is one success. If we correctly prioritise the many other challenges we face, there could be a lot more. - Project Syndicate