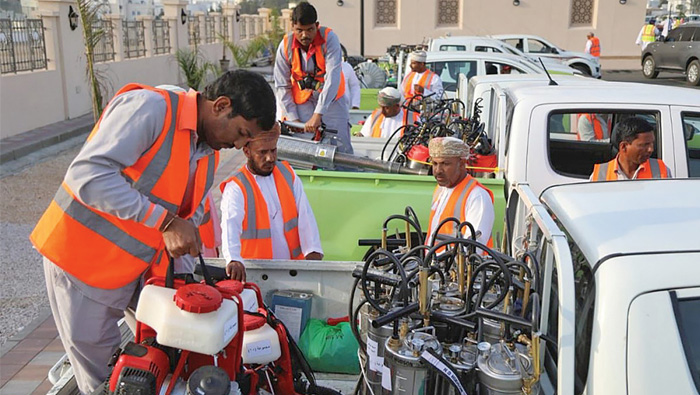 Muscat: A two-week campaign to tackle the health problems associated with the dengue-carrying mosquito has seen a drop in the number of fever cases.
More than 60,000 establishments were inspected by the Ministry of Health between January 8 and 23 as the ministry launched a Muscat-wide campaign to eradicate the Aedes aegypti mosquito, in cooperation with Muscat
Municipality.
No new infection figures were released, but, speaking to Times of Oman about the success of the campaign, Dr Zainab Al Balushi, infection prevention and control specialist, said, “Among the main results that came out of the campaign was the significant drop in the number of instances of dengue fever.”
Al Balushi who was also a member of the committee of Muscat campaign for eliminating Aedes aegypti added, “In addition to the decrease in cases, community awareness on the need for the removal of mosquito breeding sites increased.
This will hopefully help change people’s behaviour towards their environment.”
“The campaign also increased people’s awareness of ways to avoid mosquito bites and will help prevent the spread of disease among the community,” said Al Balushi.
When the first case of dengue fever was discovered in November, the Ministry of Health and Muscat Municipality, among other government bodies, carried out a survey of the Aedes aegypti mosquito to check for local transmission of the virus. However, it was revealed that the mosquito had spread further than expected. By January 13, the cases of locally transmitted dengue fever had risen to 48.
“The campaign covered 60,000 establishments in four Wilayats in the governorate of Muscat, which are Wilayat Seeb, Boushar, Muttrah and Muscat,” Al Balushi said.
Dr. Saif Al Abri, Director General of Diseases Surveillance & Control and Chairman of Main Committee of the Campaign pointed out that the central committee of the campaign had trained around 1,000 people from various sectors and covered 90 per cent of targeted houses and establishments.
Dr Ahmed Al Saidi, Minister of Health was present at the conclusion ceremony of the Muscat Campaign for Elimination of Aedes aegypti Mosquito at the Oman Convention & Exhibition Centre, on March 14.