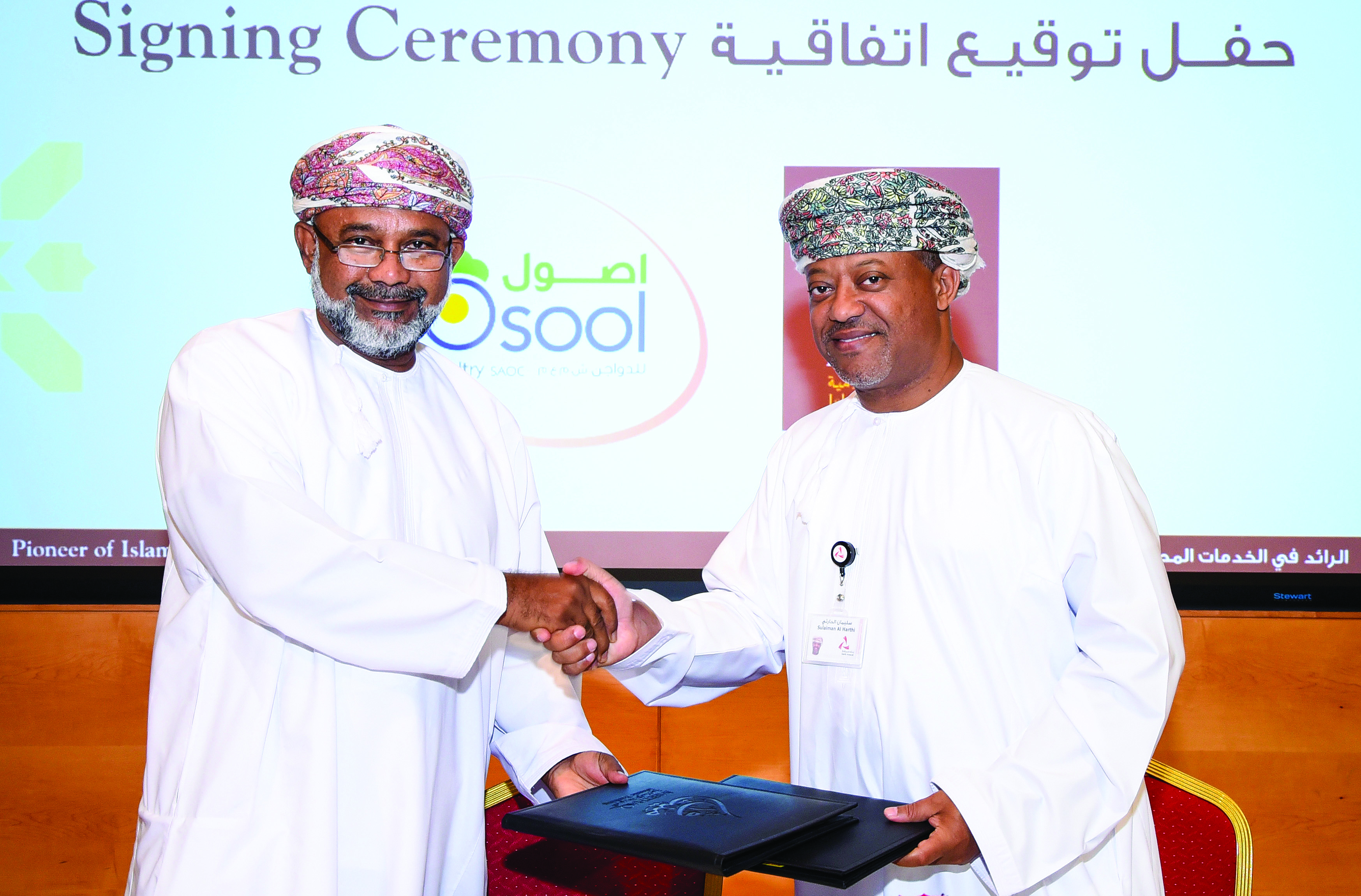 Muscat: Meethaq, the pioneer of Islamic banking in Oman from Bank Muscat, signed an agreement to provide more than OMR30 million Islamic project finance to set up Osool Poultry project at Al Ghaftain in Al Wusta region, with a capacity of 150 million hatching eggs per annum. The project promoters include renowned poultry names, including A’saffa Foods, A’Namaa Poultry, Sohar Poultry, Delmon Poultry as well as multilateral organisations Gulf Investment Corporation (GIC) and the Arab Authority for Agricultural Investment and Development (AAAID). GIC is equally co-owned by the governments of the six member states of the Gulf Cooperation Council (GCC). AAAID’s mandate is to achieve food security for the Arab nations and all contributing Arab countries are its members, said a press release. In view of the strategic importance of Osool Poultry project contributing to food security in the country, it was taken up as part of the government’s Tanfeedh initiatives (National Programme for Enhancing Economic Diversification). Sulaiman Al Harthy, deputy chief executive officer of Meethaq Islamic Banking, and Dr. Nasser bin Zahir Al Maawali, chairman of Osool Poultry, signed the agreement at the bank’s head office in the presence of dignitaries, senior officials of the bank and the company. “Meethaq is delighted to partner with Osool Poultry project contributing to food security in the region and economic diversification in the Sultanate. The support for the project comes in line with Meethaq vision to bring the benefits of Islamic banking to all strata of society. Meethaq has been closely involved with important projects contributing to economic diversification and development of the country. Since its inception four years ago, Meethaq has extended financial partnership to a number of projects in various fields, which reflect the Meethaq commitment to support the progress and development of Oman and the region,” said Al Harthy. “Osool Poultry is proud to join hands with Meethaq to establish the project aimed at making a significant contribution to food security in Oman and the region. The project will lay a solid foundation for localised poultry production with the involvement of experienced players. The project will contribute to Oman’s GDP by reducing imports and creating employment in the farm sector in Oman,” noted Dr. Al Maawali. The project is the first-of-its-kind and will ensure smooth supply of hatching eggs to poultry farms in the Sultanate as well other GCC countries. The project envisages vertical integration as 80 per cent of production will be utilised by shareholders, including A’Saffa, Sohar Poultry and Delmon Poultry of Bahrain. The continuous supply of hatching eggs by Osool Poultry project will ensure food security and autonomy. The major contributions of the project include savings in foreign exchange, diversification of the economy, development of Omani skill set and creation of employment opportunities in the farm sector. The promoters have reputed business background in the region and have developed expertise in the production and supply of poultry meat and meat products. The total cost of the project is estimated at OMR61.5 million.