Three workers die after fall, one critical in Oman 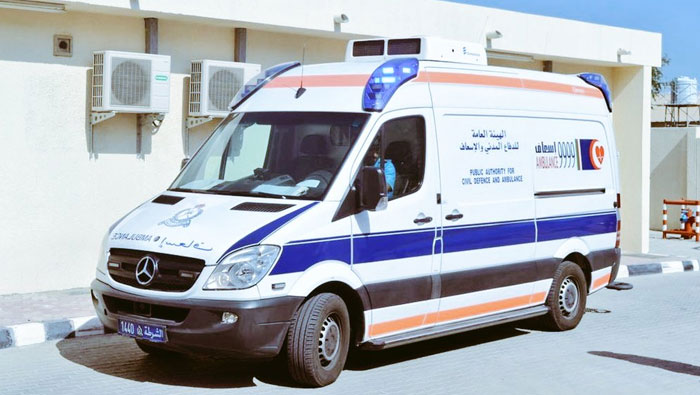 Muscat: Three workers have died and one is fighting for his life in hospital after they fell from the top of a building under construction in Muscat.
Emergency services responded to calls for help from workers at the building site, in Mabella.
PACDA rescuers took one man to hospital. Three others died after the fall, the emergency service tweeted.
A PACDA spokesman said: "Four workers fell, three died and one is severely injured and transferred to the hospital."
The emergency service tweeted just after 7pm this evening: "Four workers fell off a building under construction in Maabela province in Muscat. The fall resulted in the death of three of them, while the fourth has been rushed to the hospital and is under critical condition."
Workers at the site erecting elevators and escalators reportedly heard a loud noise and raised the alarm after checking it out.