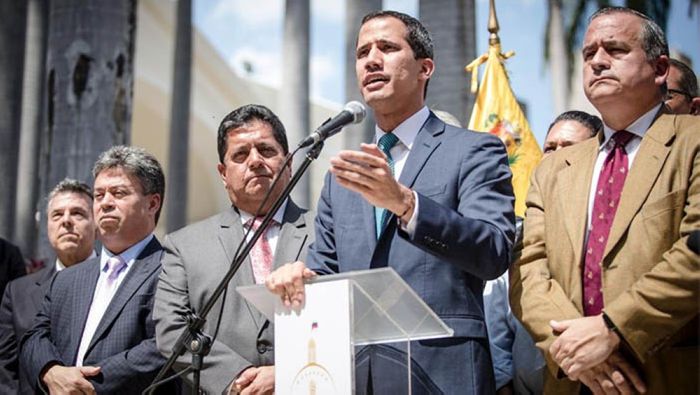 Justice Maikel Moreno stated that Guaido should be prosecuted for violating an order by the court prohibiting him from travelling abroad.

Moreno said a "certified copy of the decision will be sent to the National Constituent Assembly for the purpose of stripping Juan Guaido's parliamentary immunity."

"It is public ... that the Supreme Court agreed on measures against citizen Juan Guaido, such as the prohibition from leaving the country without the authorisation from this high court, and it is public that Juan Guaido violated this order," Moreno said.

Guaido, as head of Venezuela's National Assembly, has immunity from prosecution. The 35 year-old, who declared himself interim president on 23 January, has repeatedly called for President Nicholas Maduro to step down, accusing him of being responsible for the country's ongoing humanitarian and economic crisis.

Under Maduro's government, oil-rich Venezuela has suffered record hyperinflation as well as shortages of food and medicine.