Jadeja undergoes scan on injured knee, says 'not a good place to be at' 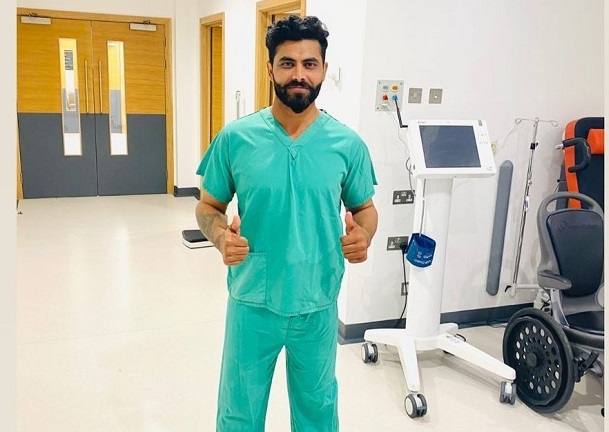 Headingley : India all-rounder Ravindra Jadeja underwent scans on his knee at the end of the third Test against England at Leeds on Saturday. It is seen more as a precautionary check after he hurt his knee while fielding in the match.

Jadeja took to social media to post a picture from the hospital and wrote: "Not a good place to be at." Speaking to ANI, sources in the know of developments said it was a precautionary check. "Not anything major, he hurt his knee while fielding, so just got scans done to check on it. He is fine," the source said.

Coming back to the Test match, the Indian innings folded up for 278 as Ollie Robinson (5/65) was on fire from the word go on Saturday.

Commenting on the loss, skipper Virat Kohli said: "I know what happens when we lose one game. I have maintained in the past that we are not going to fall into a space where we start picking on issues. We fail as a team, we win as a team. I do not believe in playing that balance (extra batsman), have never believed in that balance because either you can try to save a defeat or you can try to win the game. We have drawn games in the past with a similar number of batters so if your top six or seven do not do the job, extra batsman gives no guarantee.

"We analyse ourselves as a team in terms of what situations we are putting ourselves in, not with numbers. That happens on the outside, whether we are helping the team to build partnerships or putting the team in a good position is our only focus and there is no connection between the focus on the outside and the focus within the group."